How 3D scanning can help on the way to technical perfection 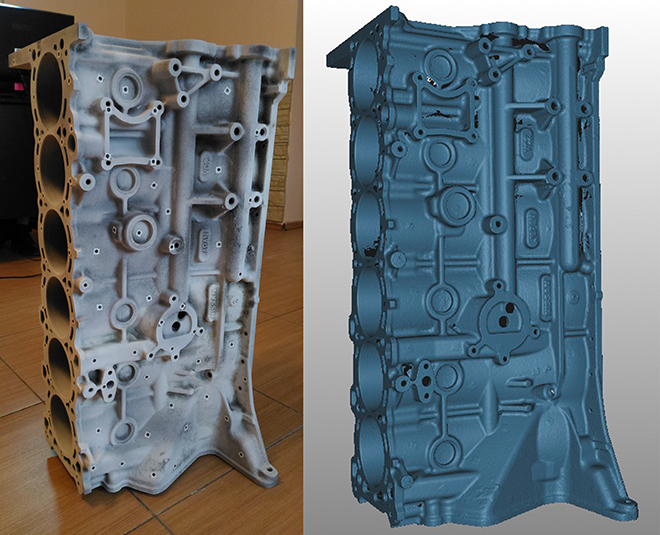 It is not only the skills of a racecar driver but also the technical perfection of a car that counts in the auto racing world. So car designers are racking their brains on how to reduce weight and aerodynamics and doing their best to get the most power out of the engine.

An object to be scanned was the cylinder block of a racecar engine. The Saint Petersburg office of the «Glavconstructor» company was tasked with making a 3D model and drawings of the device, using the reverse engineering technology.

The engine block had complex curved surfaces and hidden compartments such as cooling and lubricant channels. Since 3D scanning of the internal elements would demand a great deal of effort – the metal object would have to be sawn into pieces – it was decided to digitize only the outside surface of the device and subsequently to add channels ‘manually’.

First, the engine block was washed of dirt. Next came the stage of placing markers on its surface in order to make the 3D scan registration process automatic. Besides, 3D coating spray was applied on the object so that 3D scans of shiny and dark sections would be more accurate.

The device was scanned with the 3D scanner RangeVision Standard Plus which ensures high precision: from 0.05 to 0.35 mm, depending on the scanning zone. Due to the high speed of 3D scanning, the whole procedure of digitizing (including preparation) took only four hours. The next step was to remove noise and other artifacts from the 3D scans using RangeVision ScanCenter. Once raw scan data was processed, a 3D model was build and verified by comparing with the 3D scans. 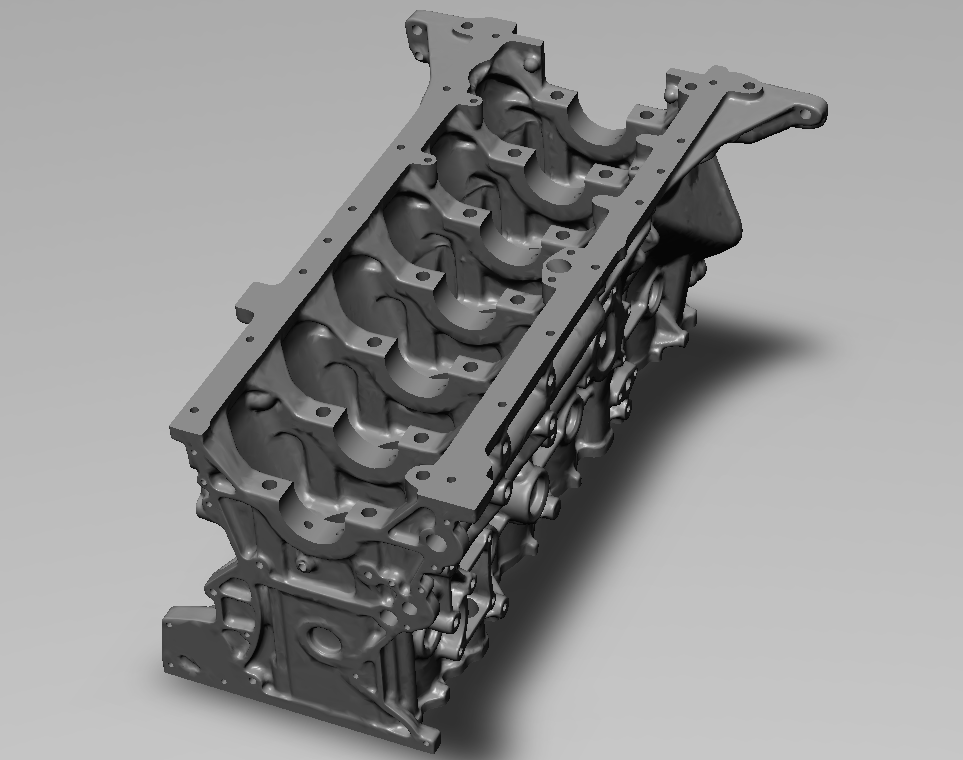 The completed polygonal model was then fully reverse engineered using a CAD system. The Glavconstructor specialists determined the shape and location of cooling and lubricant channels and added them to the 3D model.

Finally, with the use of the block final 3D model, engine drawings for new devices production were accomplished and sent to the client.