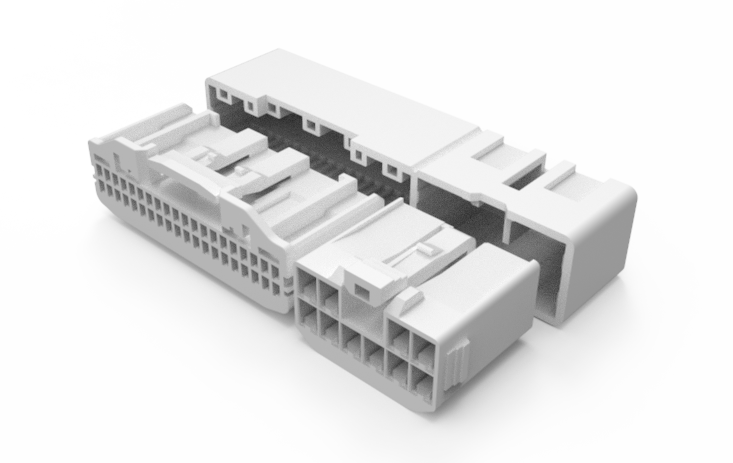 Automotive electricians frequently face the problem of replacement of electronic connectors destroyed when dismantling. Being obsolete, a great number of such connectors are unable to be replaced by new ones. However, 3D scanning, reverse engineering and additive manufacturing give an opportunity to create 3D CAD models and print 3D replicas.

An object being scanned was the engine control module connector for a Japanese car model. The task was not only to make 3D replicas of its three separate parts, but also to ensure that they can be put together properly. Scanning and printing difficulties stemmed from the complicated shape of the given object. Due to a great number of small elements (for example, the clearance for plug and socket fixation was only 0.05 mm), it would be next to impossible to achieve the required accuracy using only classic measuring techniques. 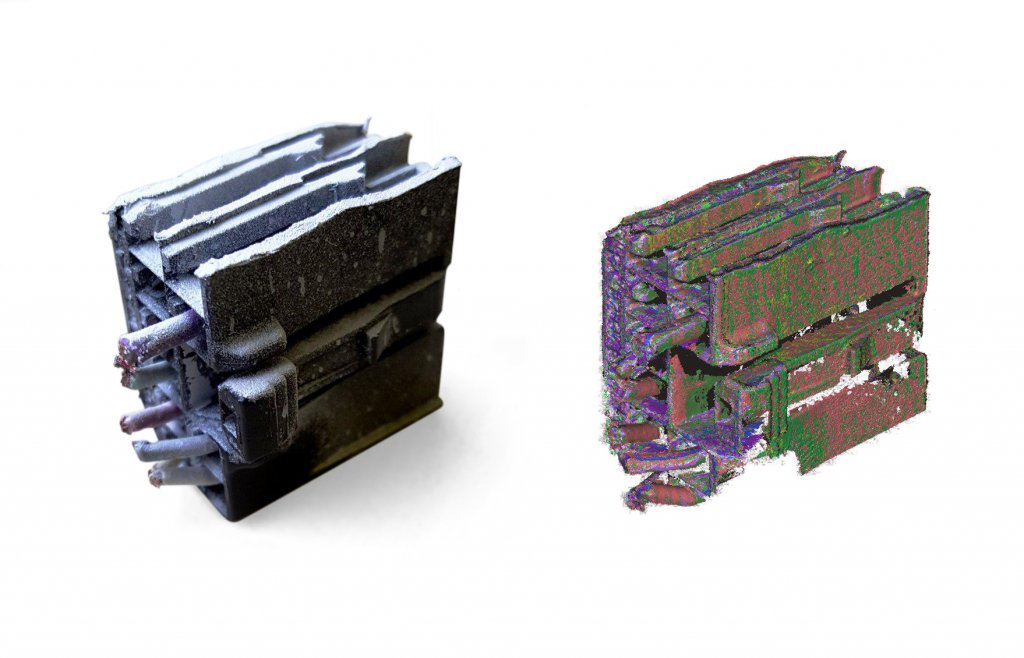 The device was scanned with a professional 3D scanner RangeVision Pro. At first, all three parts of the connector were prepared by wires and metal contacts removal. Once the external surfaces were digitized, the sidewalls were then removed via a box cutter so as to obtain geometry inside the body. The next step was to combine the scans of external and internal surfaces. After that the completed polygonal models of all three parts were fully reverse engineered. In order to verify the three 3D models fitting and to analyze clearances between them, they were virtually combined in their proper position. 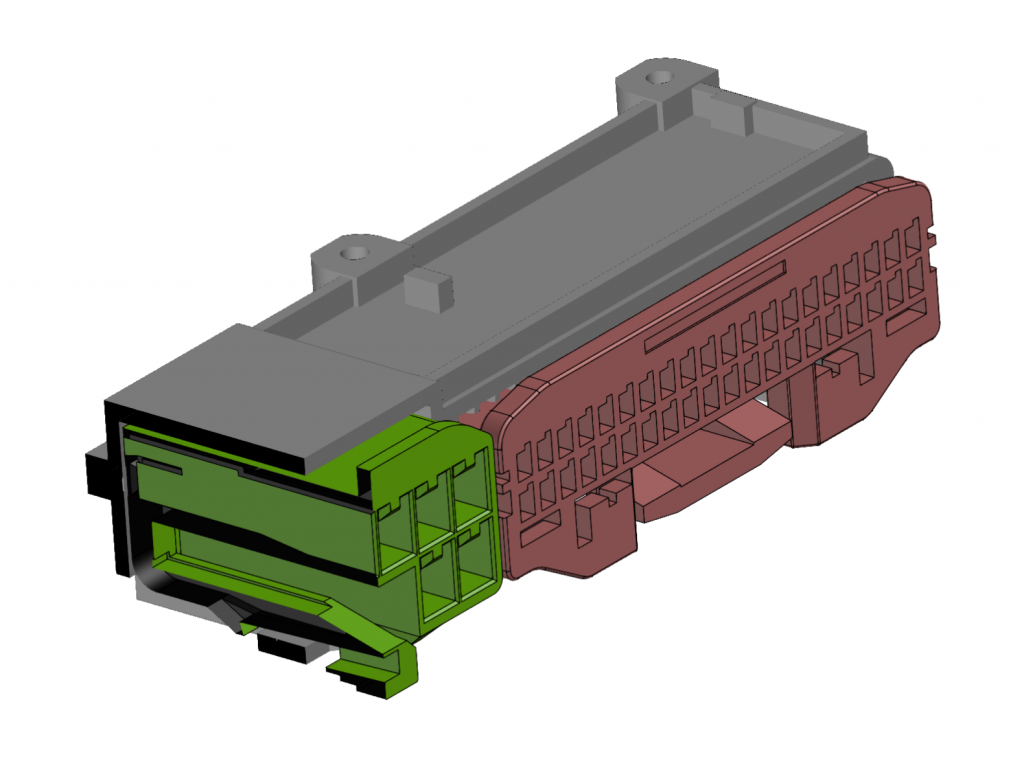 Electronic connectors are usually made of ABS plastic which has similar characteristics to photopolymer for 3D printing. Therefore the Volume Technologies company came up with the idea of producing connector components for its customer using 3D printing. Being able to create highly-accurate 3D objects (up to 0.02 mm) from strong and flexible plastic layer by layer, 3D printer Envisiontec Vector 3sp met all expectations. After producing the object parts, one could see that they indeed went well together. 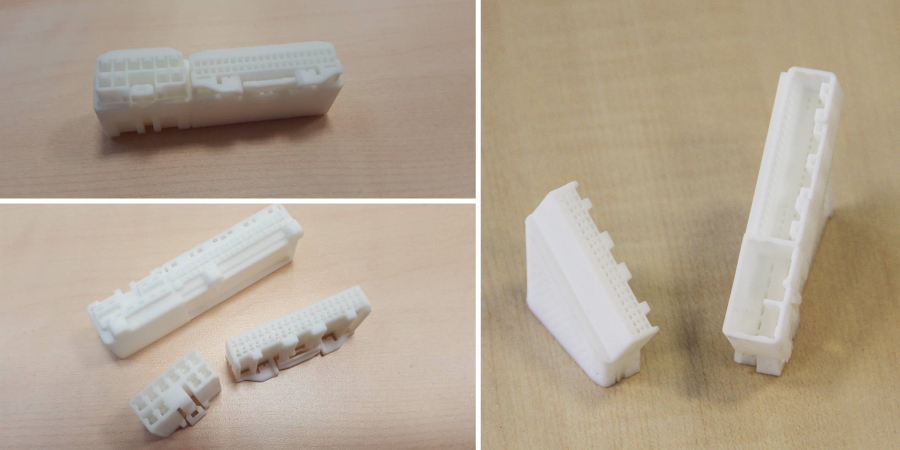 The 3D printed plastic replicas were finally provided with all necessary electrical components: wires and metal contacts. It resulted in the new engine control module fully replacing its predecessor. Owing to the fact that the car model went out of production long ago, there was no chance to buy or to somehow get a desired detail exactly for that model and the above method was the only way to solve the problem.