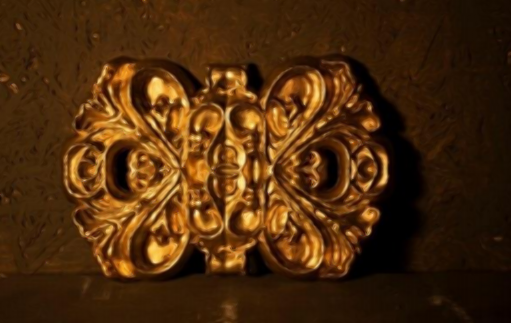 3D scanning technologies are extremely useful for art and education. They allow you to make a precise virtual copy of almost any real object. These copies can be edited in real time, combined with each other, and used in various fields of visual arts — or turned into new real world objects made of different materials and having a different set of properties.

Teaching staff members of Russian design schools usually tend to ignore the potential of 3D modelling technologies. They only consider manual work to be truly artistic. But such prejudices limit students who are to become artists and designers, preventing them from taking a wider view on all the possibilities that materials and their own imagination provide. Besides, this view creates a serious gap between mental concepts and their actual implementation.

However, there is another vision in artistic circles. Ivan Kozitsyn is a senior tutor in Saint Petersburg Stieglitz State Academy. Informally known as Mukha, it’s the oldest school of design in Russia. Kozitsyn uses 3D models in his work aiming to prove that you can 3D scan prototypes and fine-tune them on a computer to make the process of making art much easier and faster. He creates 3D models with a RangeVision 3D scanner, and his students turn them into works of decorative art with CNC machines and 3D printers.

A work of decorative art is made in several steps. Basically, you set the problem and start looking for a conceptual solution to it. Every concept must be turned into a solid prototype before an artist can actually visualize and finalize the work — or decide to redesign it altogether. Such prototype is called a protomodel.

Protomodels are traditionally made and fine-tuned manually, but that requires a lot of time and effort. 3D visualization technologies allow prototypes to be edited right on a computer screen as well as compared and combined without limitation. An artist can save much effort this way. Moreover, 3D technologies leave more space for creativity and trying out new ideas.

The way Ivan Kozitsyn trains his students to use a 3D scanner for making art may be illustrated with a particularly interesting student project. The main goal of this project was to make a traditional work of decorative art with the help of a 3D scanner and a CNC machine. The work was intended to show how much easier and more flexible a process of creating art may become with these technologies.

One of Kozitsyn’s students manually molded a flat prototype with modelling clay. The prototype was meant to be entirely asymmetrical. This clay model was then scanned with a RangeVision 3D scanner, and individual scans were sewn together by built-in software. The result was a unified 3D point cloud that was turned into a triangulated model. The manual sculpting defects were deliberately kept to retain a natural look.

The next step involved looking for an optimal composition. The students used a tool known as Osborn’s checklist to intensify the process. They asked themselves certain questions about the prototype like What to add? Duplicate? Multiply? Other pattern? Other layout? and so on. Their goal was to quickly sort through possible options and to find the best one. Various options were visualized with the aid of ZBrush since this program allows editing models in real time. It made the search immensely faster and easier because the students could freely experiment without the need to mold every version by hand or change the prototype only in their minds.

The best option was promptly found, and a CNC machine made a plaster mold from the model. This mold was then manually fine-tuned; the process is automated, but a little touch from an artist is still necessary. The students used electrotyping for the finalization process: they submerged the mold into an electrolyte solution to cover it with a thin metal layer. This metal copy was additionally gilded. The resulting piece was named a golden chestplate in the Scythian style.

Some of the steps outlined above may be altered or skipped depending on the piece type or material you use. Sometimes a 3D protomodel is simply created from scratch on a computer. However, such computer models feel less natural. Slight asymmetry and tiny imperfections are what makes handmade prototypes appealing and unique; that’s especially important for decorative art.

This work made by Stieglitz Academy students demonstrates that creating a 3D scan of a protomodel and virtually editing it is much easier and more effective than making solid versions by hand and using only your imagination for visualization. Yet the role of an artist as a creator remains; technologies only take on mundane tasks.