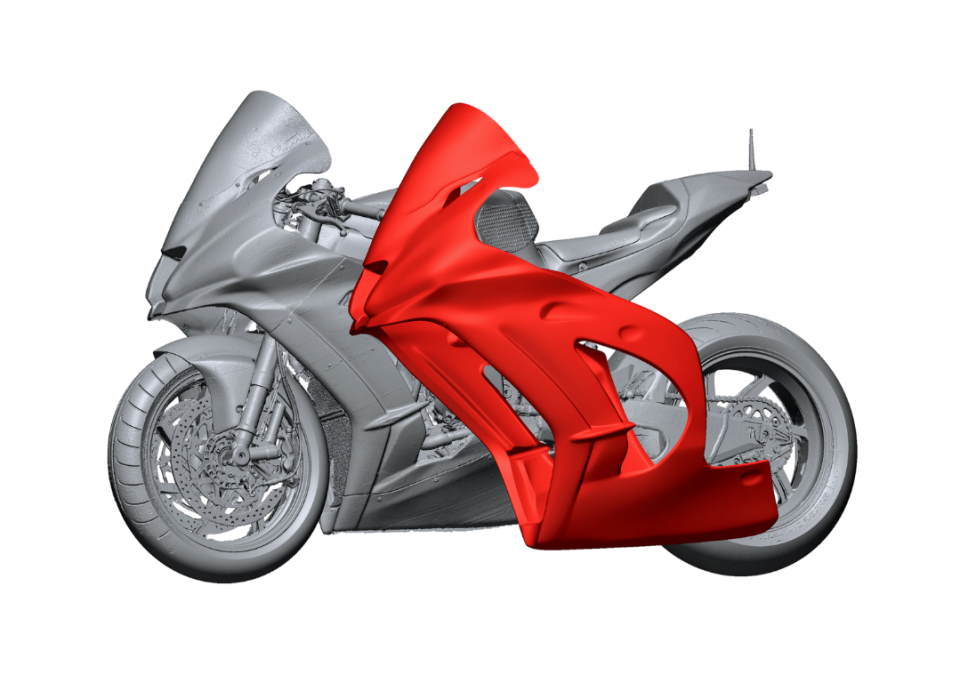 Summary: A racing bike was digitized with a professional RangeVision Spectrum 3D scanner. The exact 3D model of the fairing obtained as a result of scanning was subjected to aerodynamic modeling. As a result, a composite fairing with improved aerodynamic characteristics was developed and produced. Kawasaki Puccetti Racing team used the motorcycle with the composite fairing at the Pirelli Italian Round of the WorldSBK Championship in the spring 2019 and won a brilliant victory! 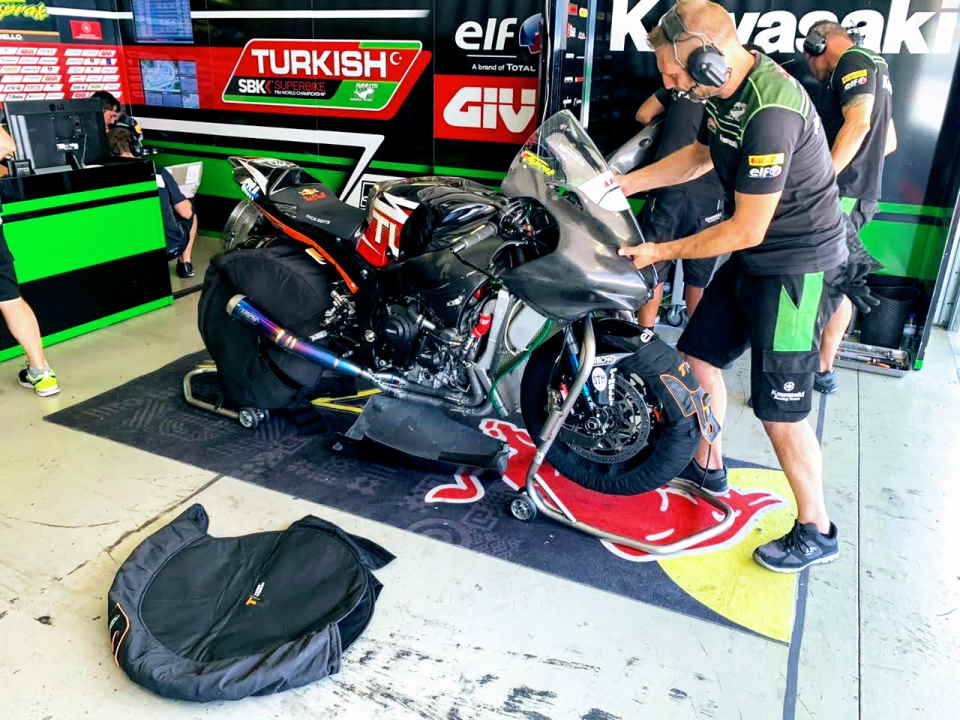 Success in races does not always rest on a powerful engine of a bike. Sometimes a race is won by a less powerful motorcycle holding the best aerodynamics. That is why to get a chance to win in major competitions racing teams get their motorbikes ready in a special way. So did the Kawasaki Puccetti Racing team that was planning to improve its performance in Round 5 of the World Superbike Championship (Italy, May 2019). 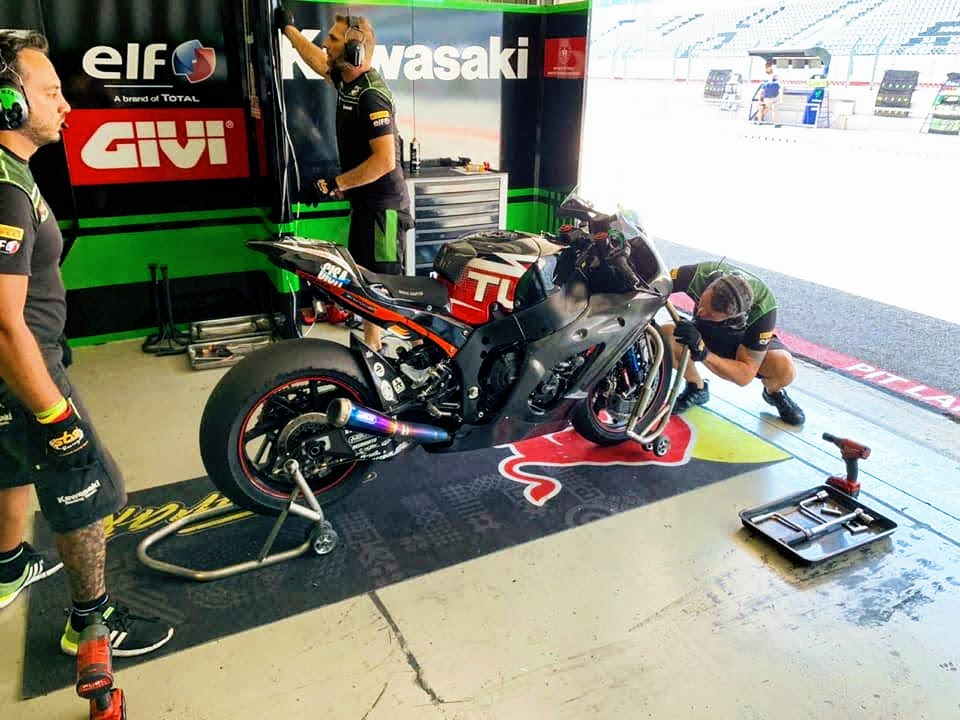 To upgrade the sports bike, Kawasaki Puccetti Racing team picked up a contractor in the face of UMATEX Rosatom, a manufacturer of carbon fiber and products based on it. The company's specialists faced the challenge of creating a sports motorcycle fairing with improved aerodynamic characteristics, low weight and high reliability. Carbon fiber made by UMATEX Rosatom was chosen as the material for the new fairing. The highest hardness, rigidity and low weight of carbon fiber, as well as the exceptional aerodynamics of parts made of it, make it possible to get a speed of more than 300 km per hour and use braking on bends more effectively. All these give the racer additional advantages on the track and significantly boost chances for success. 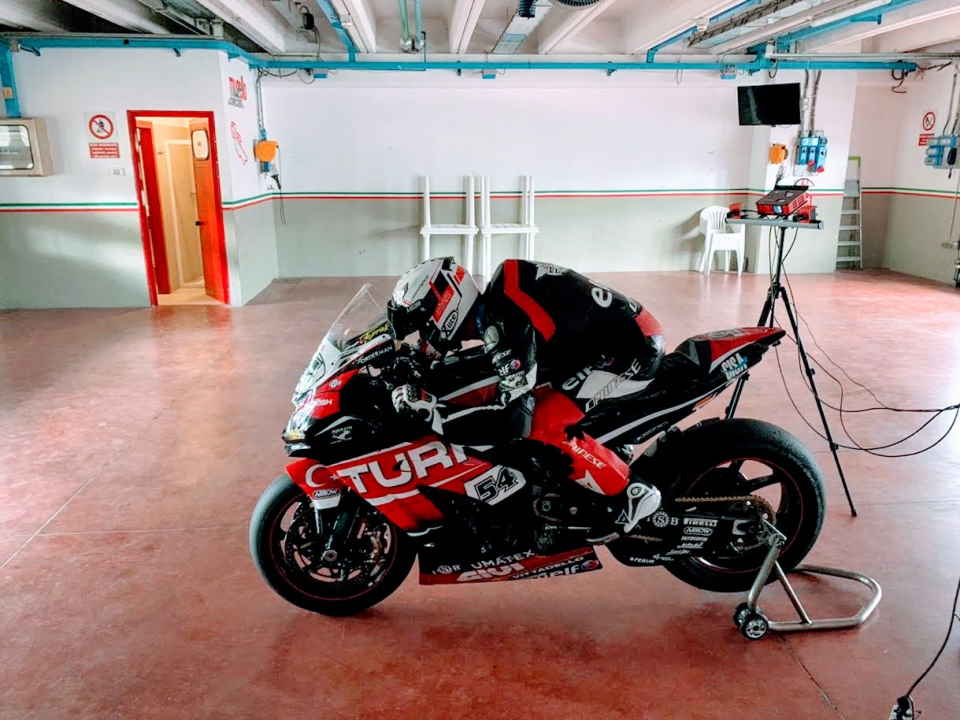 To kick off with the challenging project the motorcycle was to be 3D scanned.  The purpose of the scan was to obtain a high-quality 3D model for subsequent processing and modeling of the new fairing. For this task UMATEX Rosatom specialists chose the RangeVision Spectrum structured light 3D scanner which allows digitizing objects with the 3D resolution of up to 0.06 mm and the accuracy of up to 0.04 mm. This is more than enough for the task solution. Spectrum has excellent capabilities for creating high-precision objects with high-quality texture capture. The 3D scanner is low weight and compact, which makes it easy to transport and get it ready promptly. Dmitry Suvorov, a specialist of UMATEX Rosatom who was involved in the project, commented on their choice of RangeVision Spectrum scanner: “The quality and accuracy of the models produced by the Spectrum scanner are truly impressive. Moreover, the 3D scanner is lightweight, compact and easy to carry. It was also important for us, as we were going from Russia to Italy to carry out the task.” The Spectrum 3D scanner was provided for this project by its manufacturer RangeVision company. 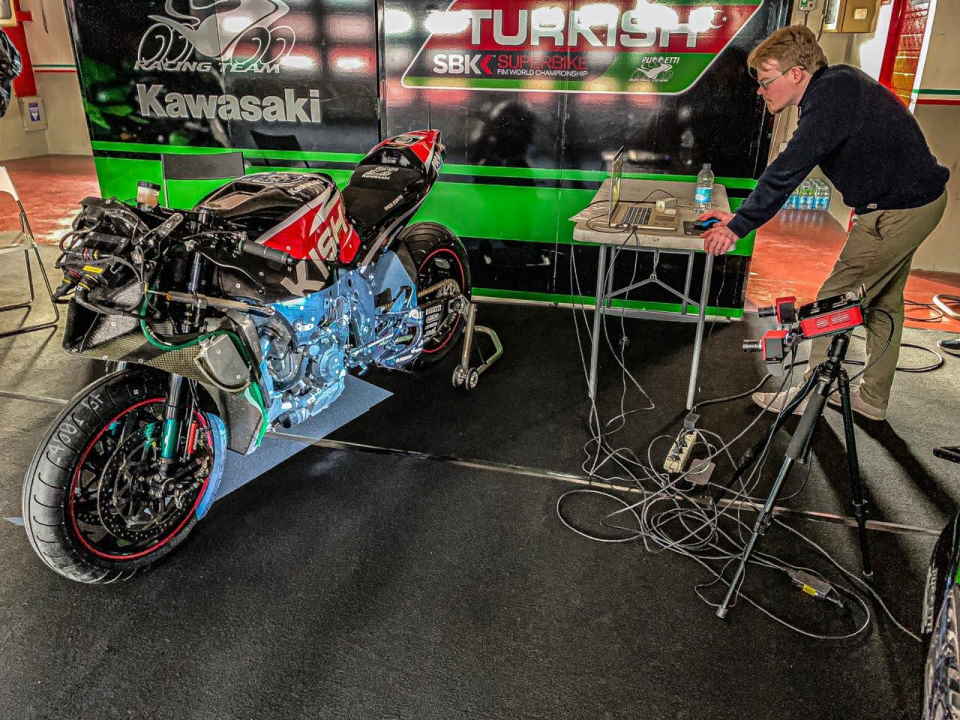 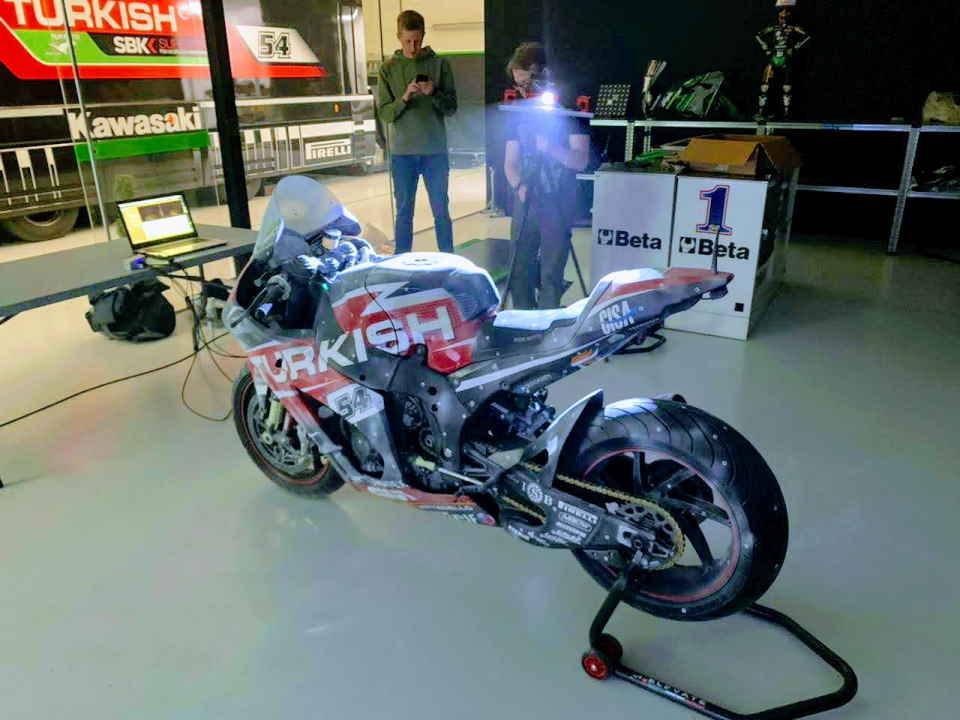 First of all, it was necessary to get the general geometry of the motorcycle, because the sports fairing must match the appearance of the production part. The bike was scanned in full configuration and with the fairing removed. It was done to obtain maximum data for further modification of the fairing model. It allowed getting information about mounting points and local joints of the motorcycle parts. 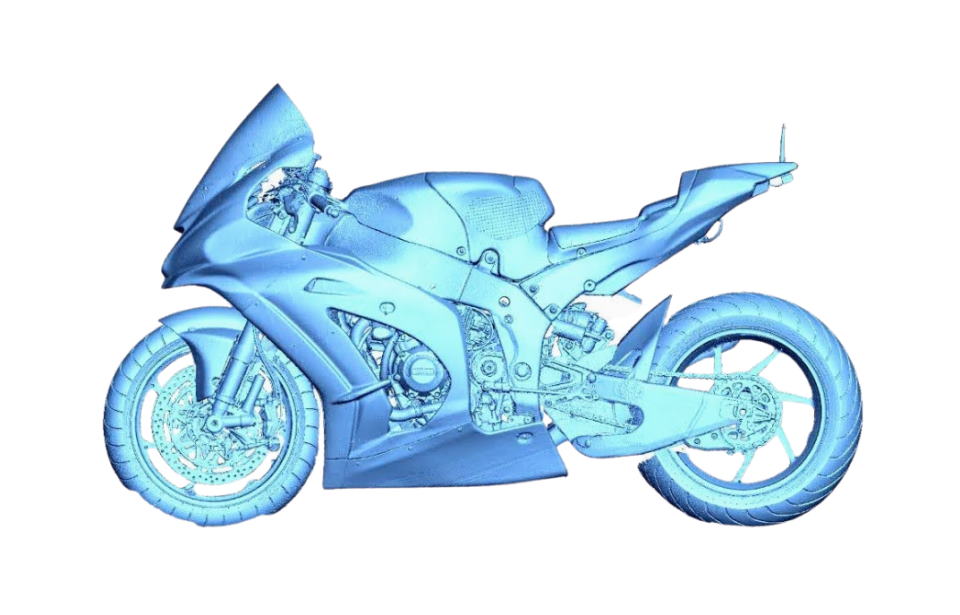 The motorcycle is a fairly large object for digitization. The dimensions are about two meters in length. So, to get high-quality models in a short time 3D scanning was performed with the use of markers and a special matting spray for the surface.

To simplify the production process and further installation  the final 3D model of the fairing was split into several separate elements. 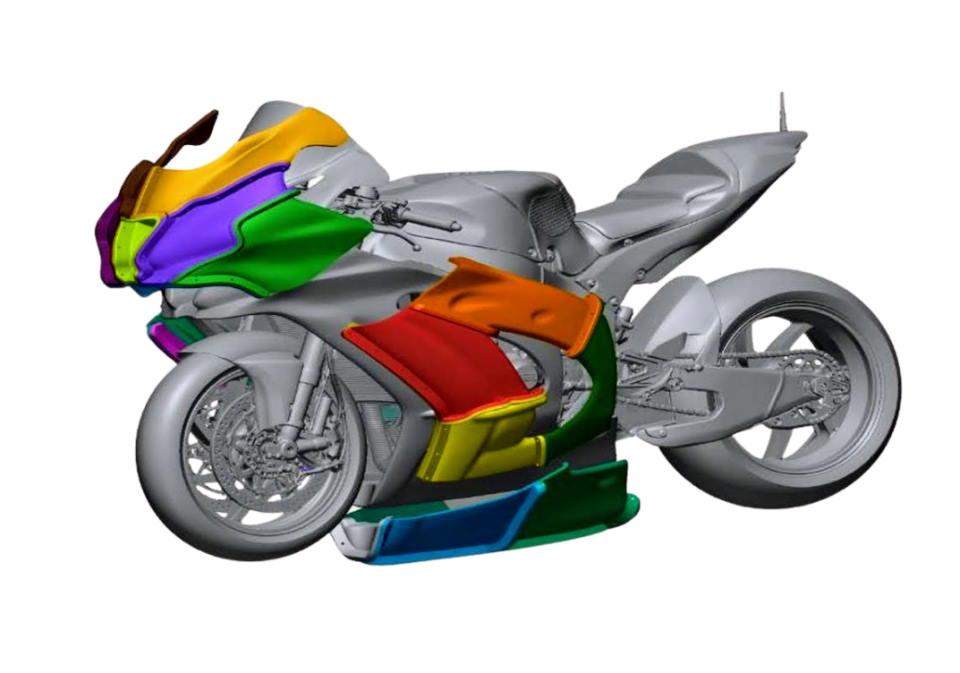 As soon as the preparatory work was completed, it was necessary to make the new part real. UMATEX Rosatom team turned for help to PICASO 3D, a manufacturer of 3D printers with extensive experience in the field of additive technologies. For this project PICASO 3D printed up the molds of FORMAX carbon-filled material. 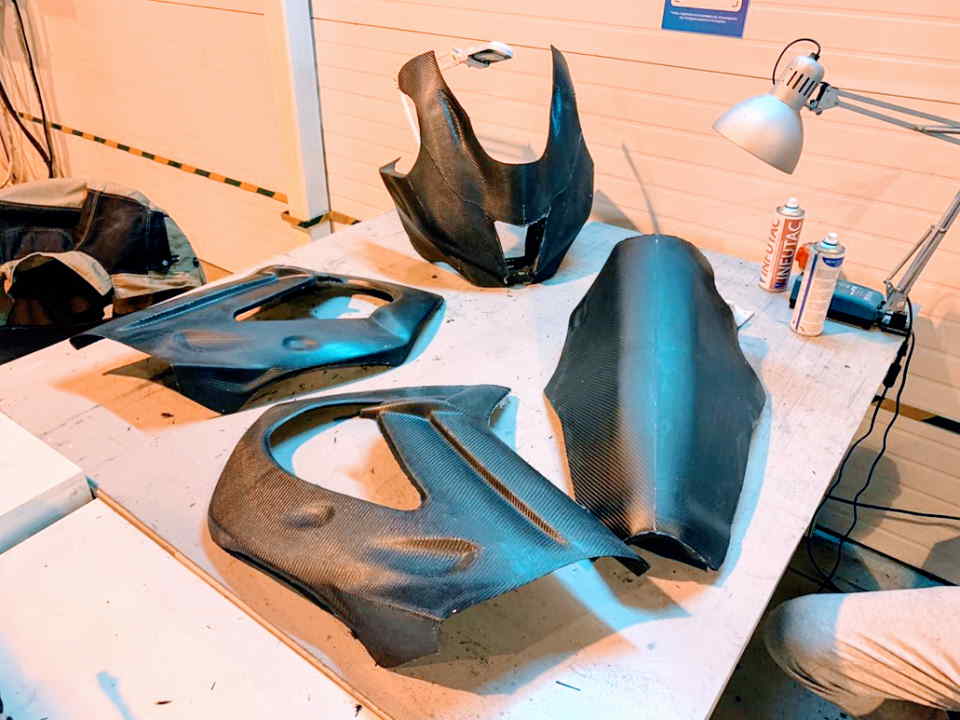 After that the carbon layers were put in ready-made forms and sent for heat treatment. To impregnate the parts with reinforcing material the method of vacuum infusion was used. It allowed improving the quality of the material and achieving a higher density of carbon layers. 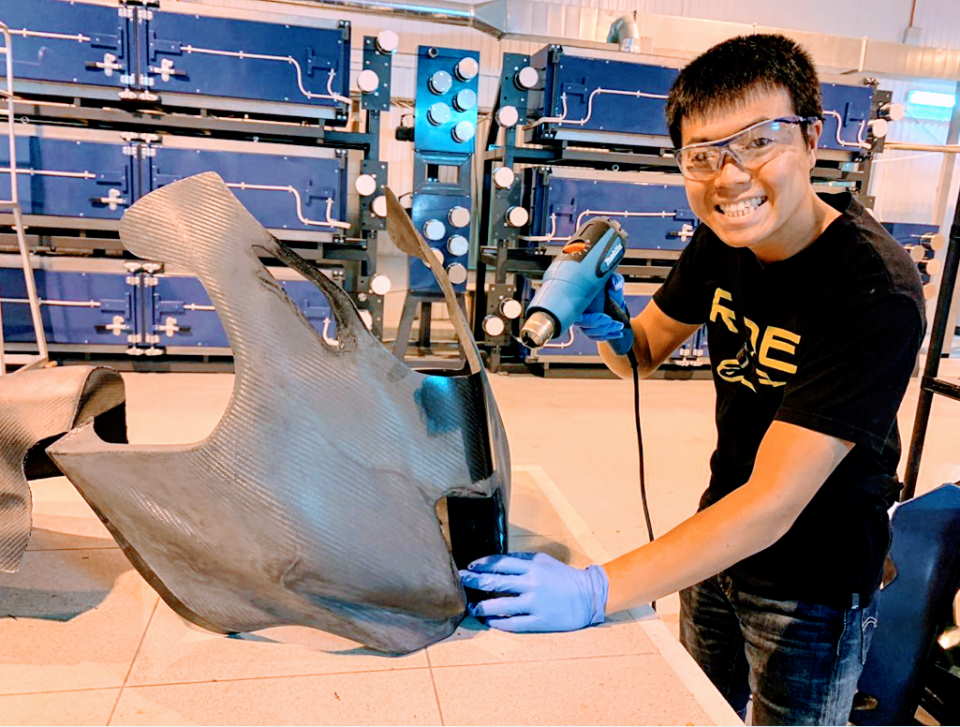 Having assembled all the parts, the specialists managed to get a new carbon fairing with improved characteristics. It remained just to mount the fairing on the sportbike and check it in action. 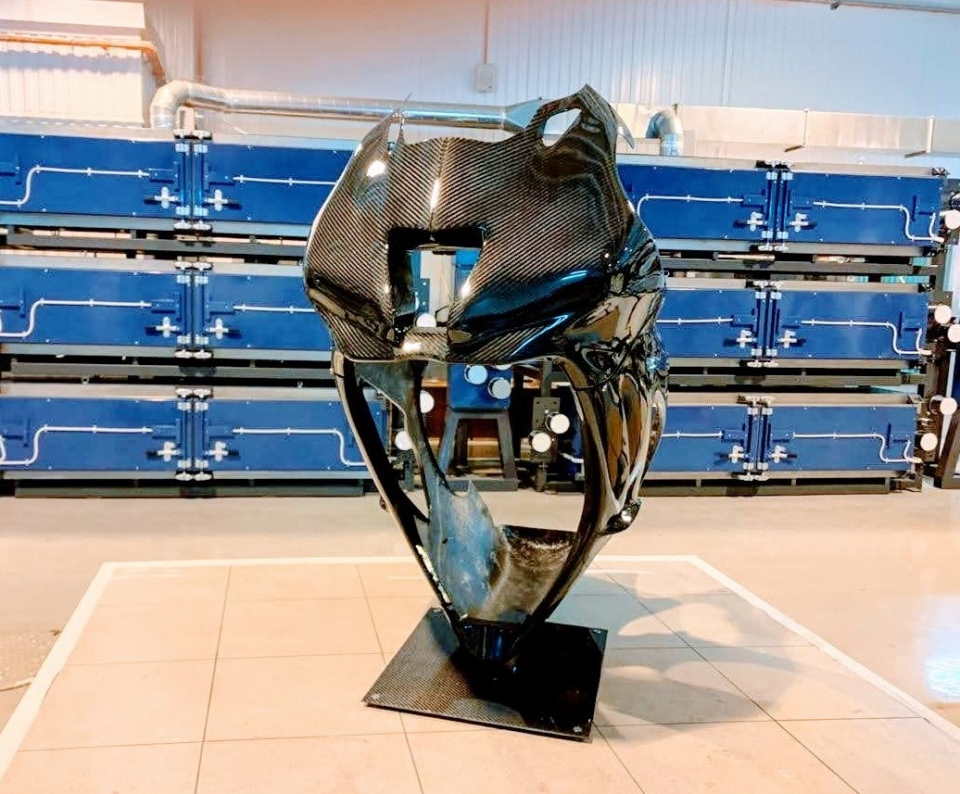 At the installation it turned out that the part fit perfectly both the body geometry and the mounting points, which proved the importance of the use of a 3D scanner in such projects. 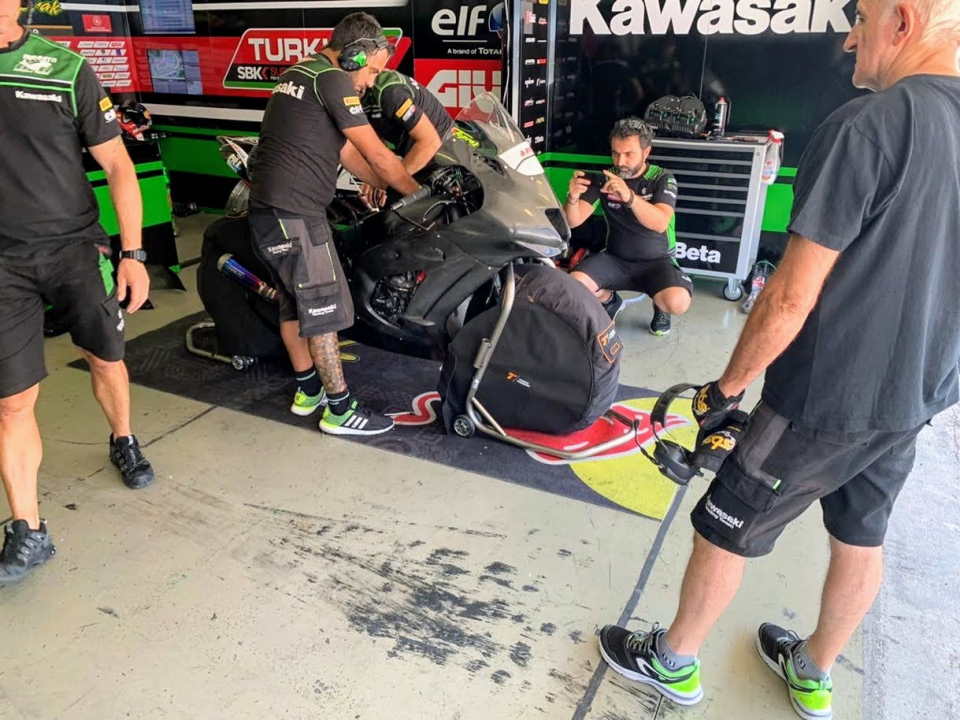 A new carbon fairing was installed on the Kawasaki Puccetti Racing team driver’s motorcycle on the eve of the next stage of the World SBK Championship which was held in Italy. A team driver finished with the best time in two races for two. That was his first major victory at a competition of such a high level. 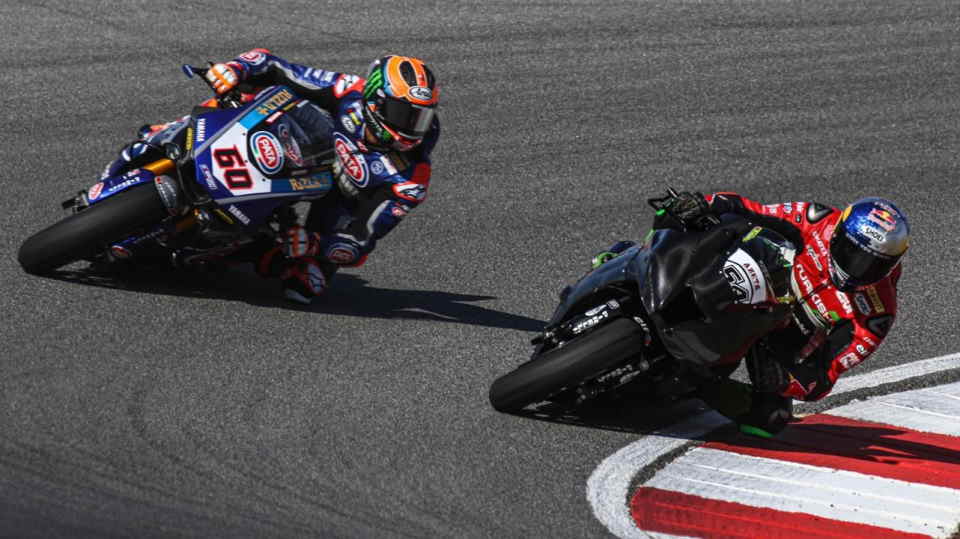 After the mounting of the composite fairing the motorcycle speed increased by 3-4 km per hour. The driver, in his turn, mentioned later on that he really had shown better speed on the straight parts of the racetrack.

So, we can state the fact that the customer's ultimate goal was fully achieved. With this case the use of additive technologies alongside 3D scanning and 3D aerodynamic modeling for making specific motorcycle parts has proved its high efficiency.