Preservation of the historical porcelain collection of the Hermitage Museum

The museum of the Imperial porcelain factory, administrated by the Hermitage Museum in Saint Petersburg, is a unique place where the rarest pieces and works of art are conserved. There are exhibits which carry the history and culture of Russia through several centuries in the porcelain collections. A set of porcelain figurines named ‘Peoples of Russia’ made by P.P. Kamensky in 1907-1917 is one of the historical gems of the museum. The collection is unique, both in its manufacture and in technique. Despite the quality and longevity of porcelain articles, time and circumstances can damage them seriously. That’s why one of the aims of the Imperial porcelain factory is to reconstruct and preserve the collection. This has been performed by means of modern 3D scanning methods. The project was implemented together with the Hermitage Museum and Cyberon Group, a company specialising in 3D technology. 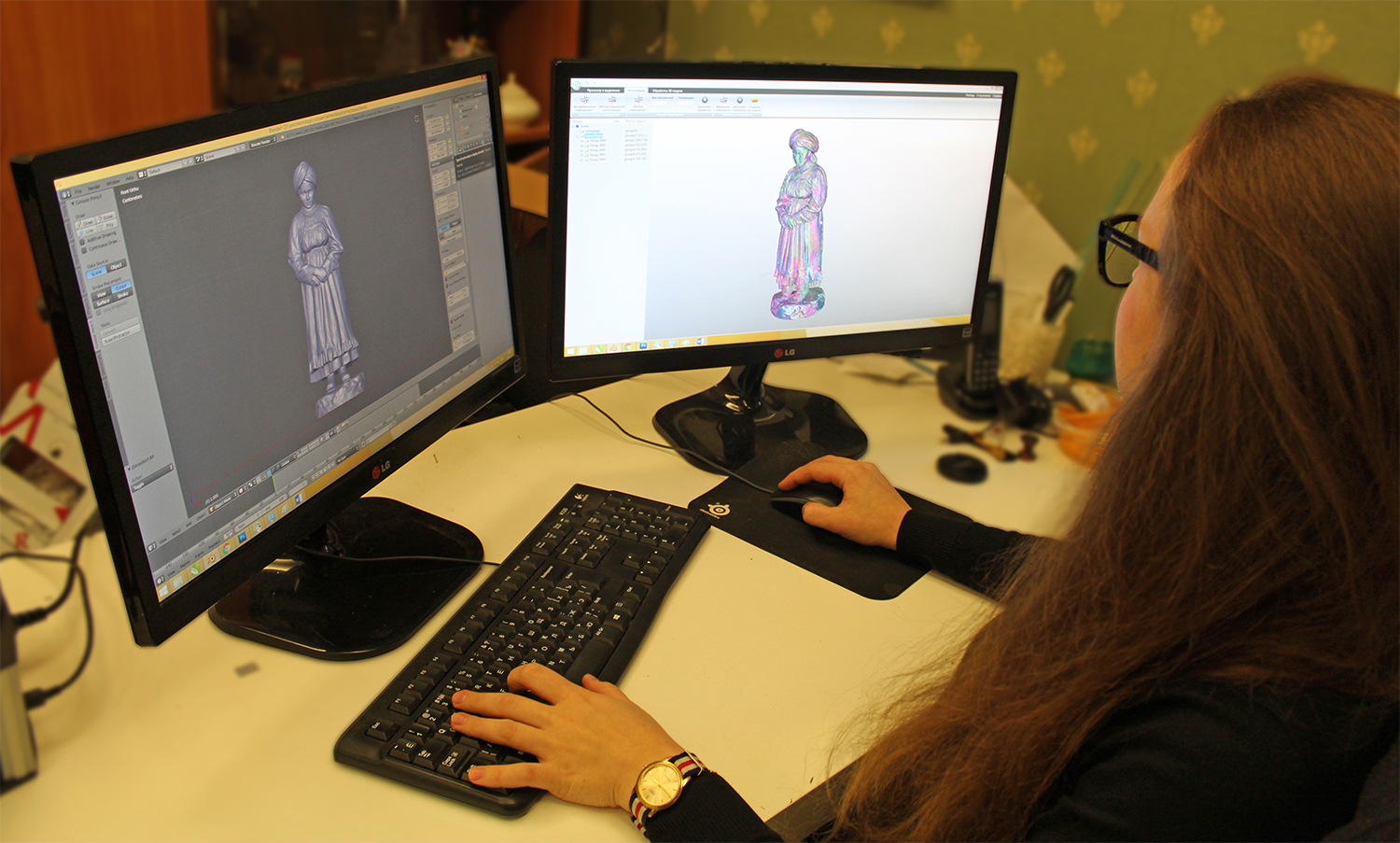 ‘The project difficulties and responsibilities were as follows: 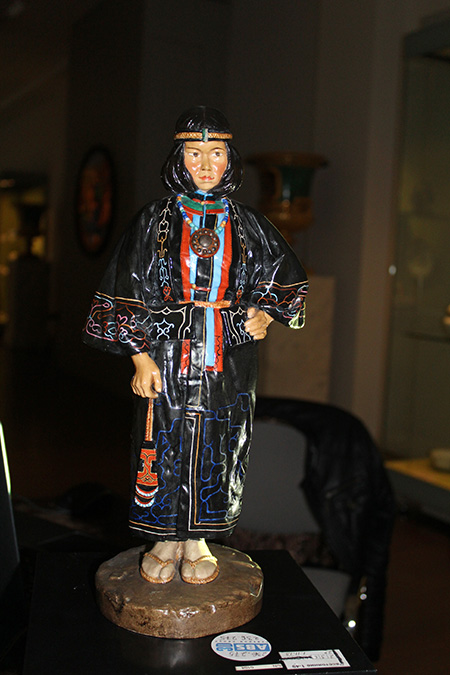 How was such a difficult task performed?

RangeVision ‘PRO’ 3D scanner can be tuned: it has 4 scanning zones for various sized objects. It allows you to chose the optimal zone from the point of view of the object and the necessary quality of the final 3D model.

The figurine's surface was digitized in the second scanning zone. Its dimensions were 300x225x225 mm. The 3D resolution was ~ 0,17 mm. A turntable was used to simplify the task due to restrictions regarding manipulation of the figurines. The object was moved over 360 degrees in 12 turns.

Making 3 groups of scans allowed to obtain the maximum volume of data concerning the object for light figurines:

There were 6 stages for dark or close to black objects. The figurines in black/dark shades case was complicated as to scan successfully it was necessary to ‘light the object’ to get a light reflection. And besides the black colour, the painting also included light areas (faces, hands, clothes design). Various exposure settings of the RangeVision 3D scanner brought a successful result. Scanning was repeated with the standard exposure setting and with one zoomed in 2-3 times. Thus ‘excessive light’ on the object, caused by the porcelain's illumination (in conditions that didn’t allow the use of a mat spray), was removed. Additional scanning with the object lying down, which allowed the scanner to see folds and hollows, was performed for the figurines with complicated, more detailed clothing.

‘Through the work we got 4-5 scan groups for light figurines and 10 for dark ones. This is a convenient volume of data for post-processing’, Anna says.

The final post-processing took place after the exhibits had been digitized. The alignment and scan processing was carried out in RangeVision ScanCenter software, which allowed the scan group to be joined automatically. This meant the work ran more quickly and easily. When there were groups with the same geometry, the scans were joined in manual mode by points. The final preparation and model fitting according to size, taking into account material shrinkage in further production, was carried out in ‘Blender’. The 3D models were output in STL format.

A gypsum polymer copy, made with a 3D printer, was used to create a gypsum form. Professional artists of the Imperial porcelain factory finished off the form with modern manufacturing techniques. Then the future article was moulded in gypsum forms and fired twice under high temperatures. 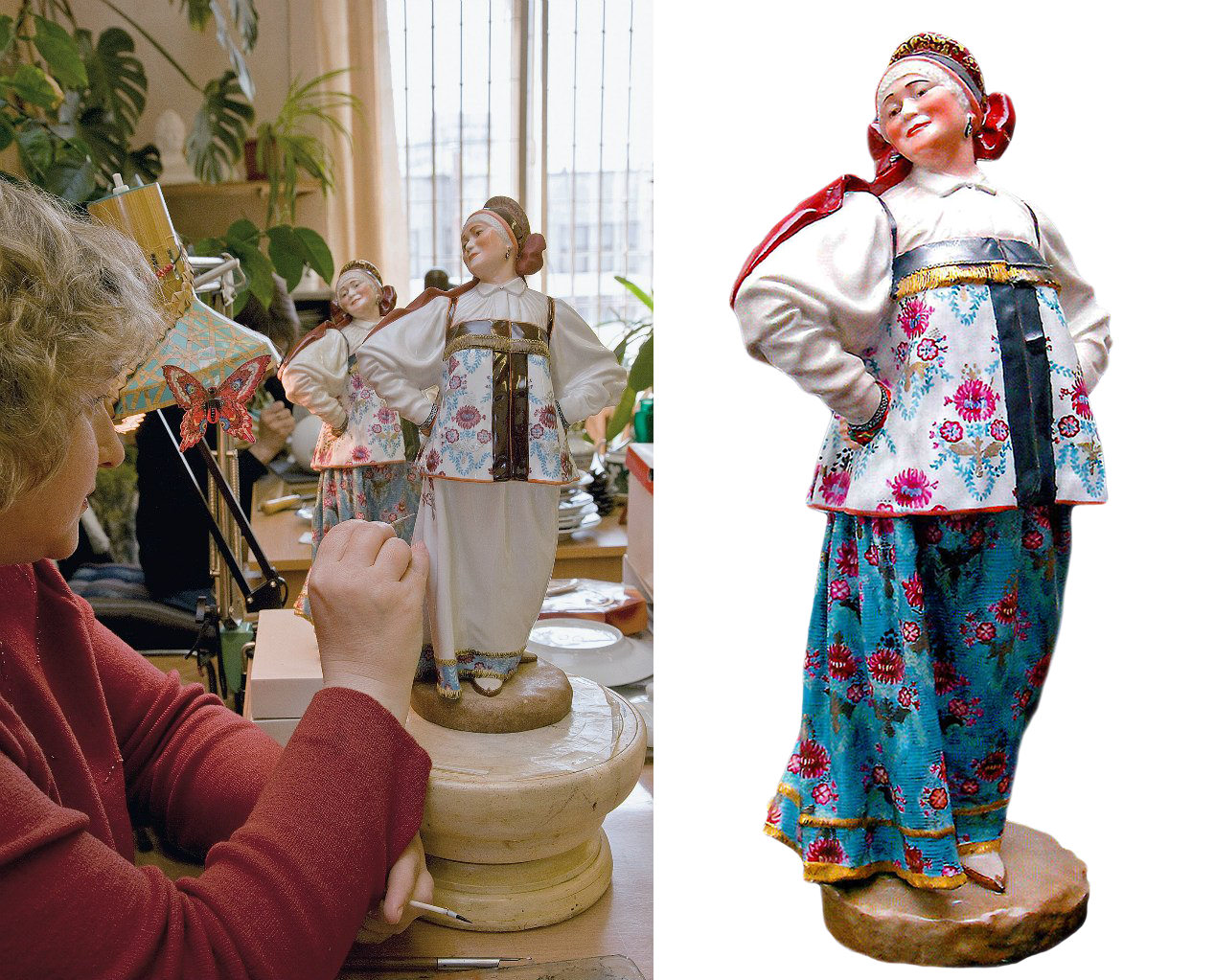 The final stage of making a copy is the precise painting of the copy from the museum's original. A sample copy and further painting of each article is performed by hand in a workshop of highly artistic articles in accordance with the colour nuances and tiny details. Due to the professional sculptor-artists of the Imperial porcelain factory, the experience of the Cyberon Group specialists and RangeVision's high-precision 3D scanner, an ambitious project to preserve the historically significant collection ‘Peoples of Russia’ has been performed. 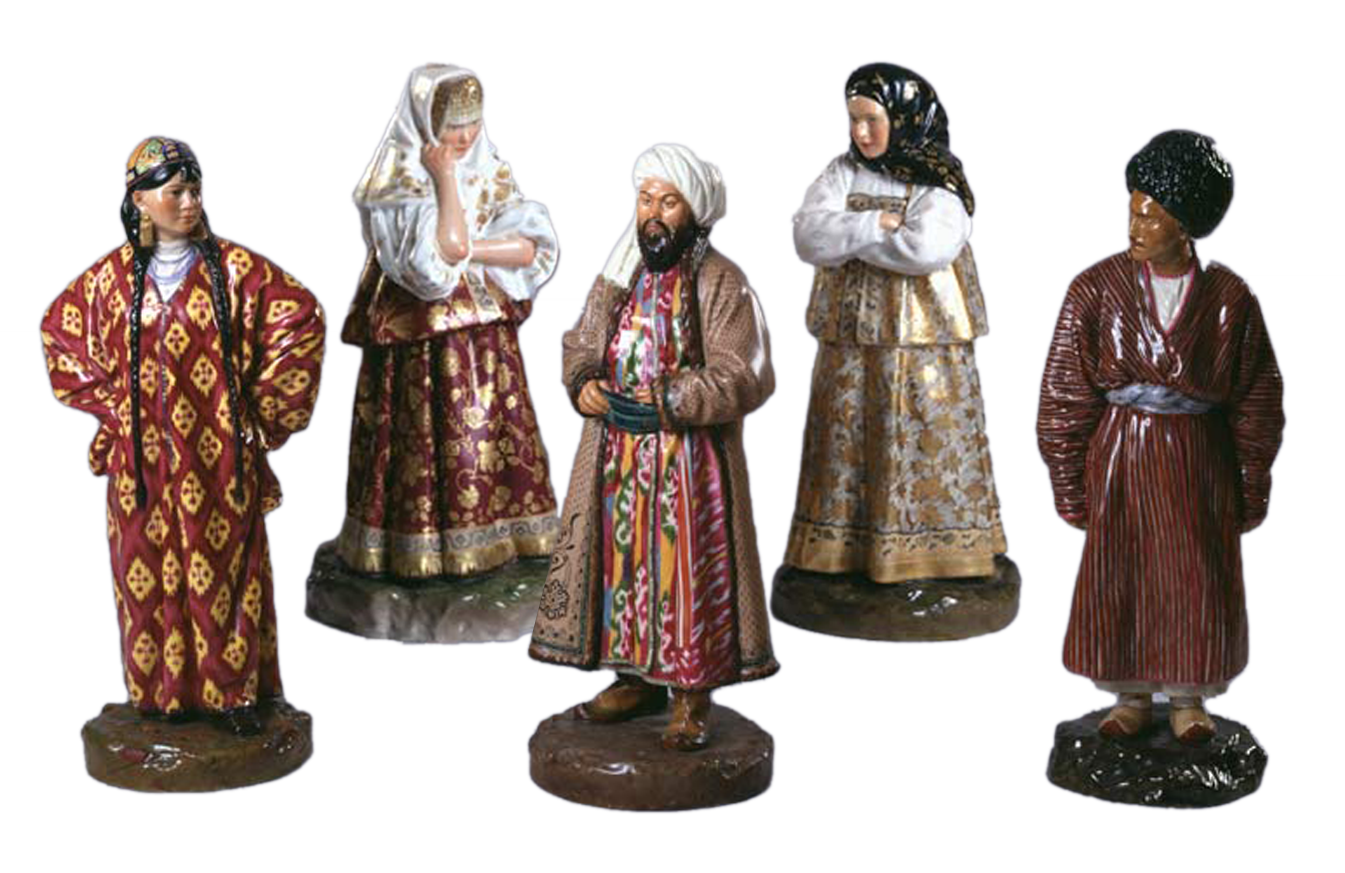