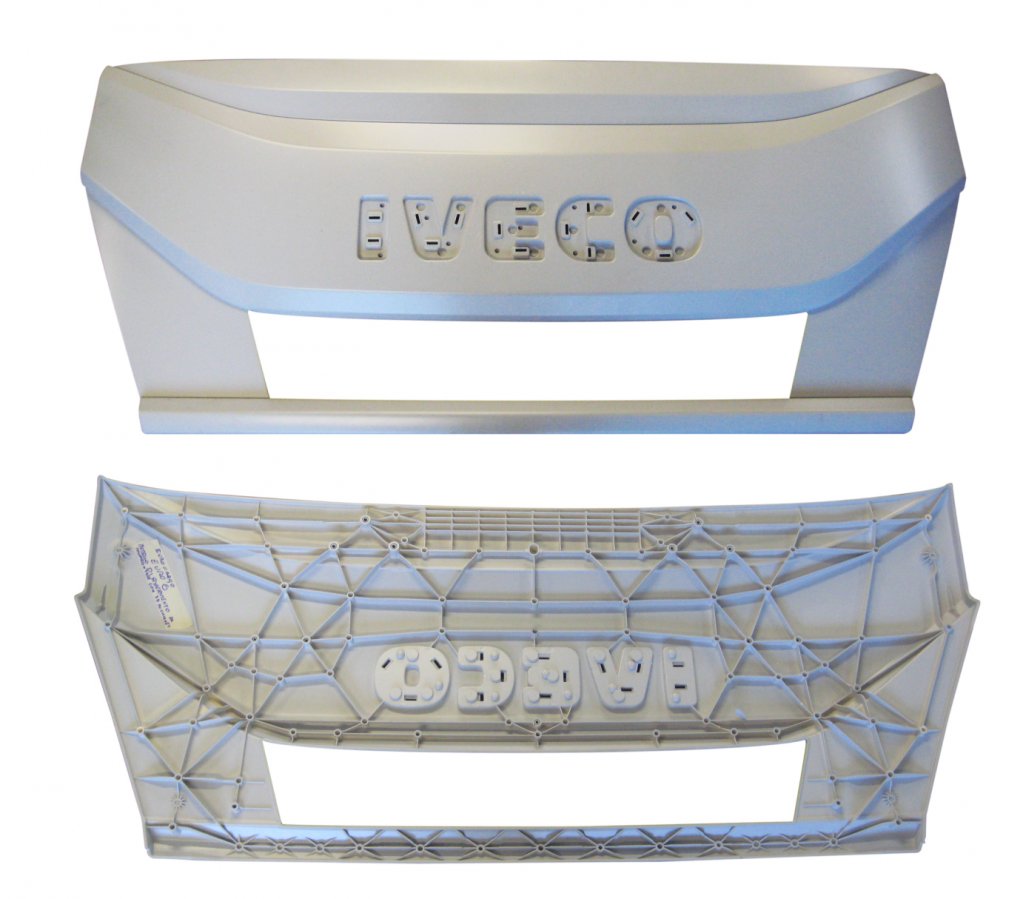 The Italian company “Dolsatech” is a supplier of plastic molds for automotive and truck industries, IVECO and Porches are among their clients.

To control plastic parts coming from China, the company used Coordinate-measuring machine (CMM), but was not satisfied by several parameters:

That is why “Dolsatech” wanted to improve the process of quality control of the parts received from the supplier before sending them to production.  The company was looking for a simple-to-use system with more capacity to control the geometry of parts and verify the tolerance.

RangeVision Standard+ 3D scanner became a new instrument for controlling. It captures complex geometry, flat and long objects, as well as small details with 0.05 mm 3D resolution while keeping the accuracy up to 0.03 mm. Unlike the classical CMM, which are located in specifical equipped laboratories and require all the controlled parts to be transported there, RangeVision 3D scanners are portable. So now the company is able to carry out the scanning on it’s own territory, both in industrial and in storage buildings. Not having to transport the parts to the laboratory, the company could cut its logistics expenses. Thanks to adjustable fields of view, RangeVision Standard+ allowed to choose an optimal FOV to scan a large item. For scanning biggest part 1.7 m x 0.72 m in size, a 300x225x225 mm scanning zone was used.

Before scanning, markers were applied to the part. Due to them, the scans are aligned in automatic mode, which makes the work easier and faster. The whole process of creating a 3D model is carried out in ScanCenter software, which is included in the RangeVision scanner package. 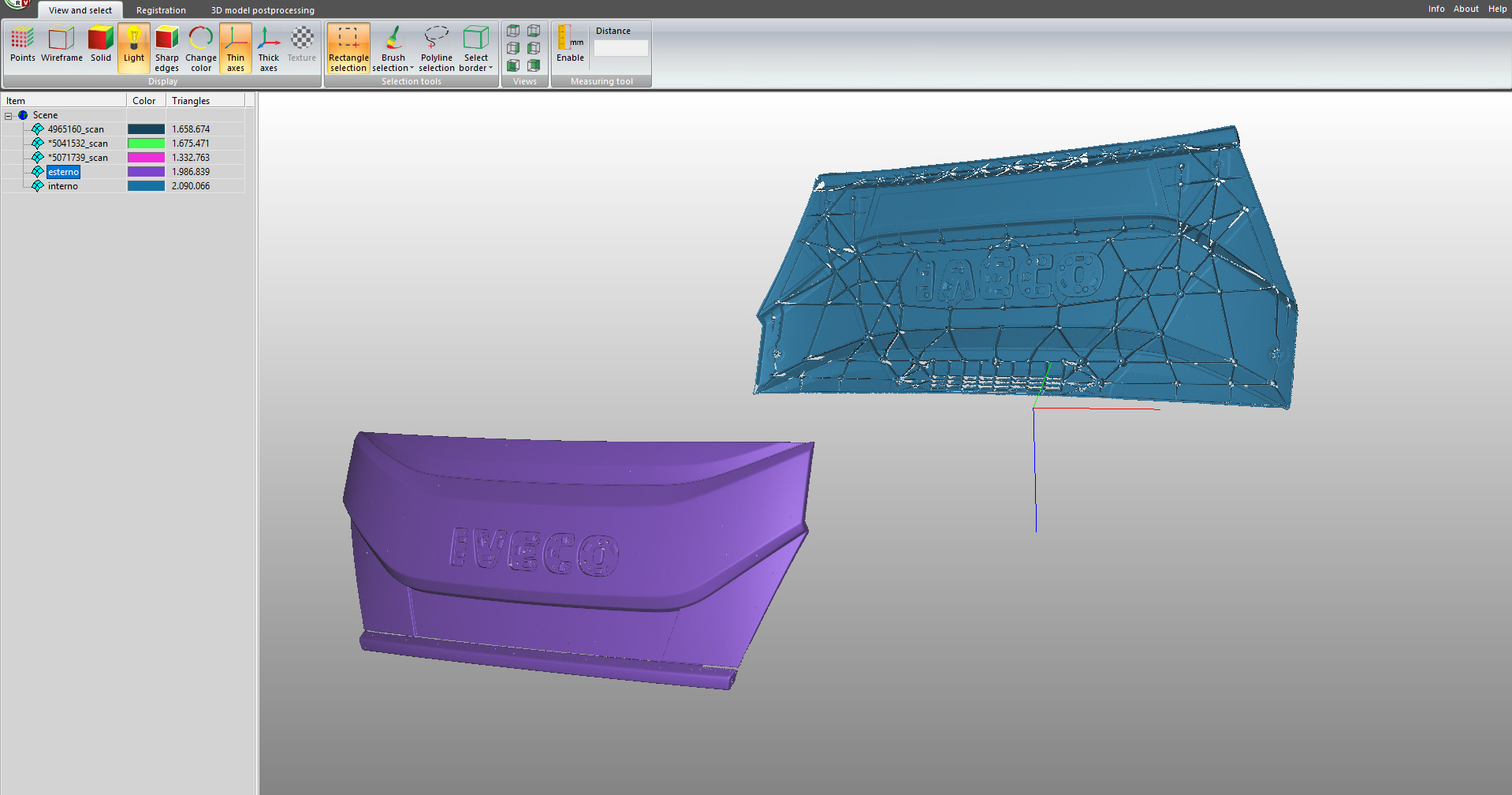 The complete process of scanning and creating of one 3D model of the largest part takes less than 4 hours.

The obtained model is then transferred to Rapidform (now Geomagic) to compare it to the initial CAD-model. The analysis and creation of report takes less than 1 hour. 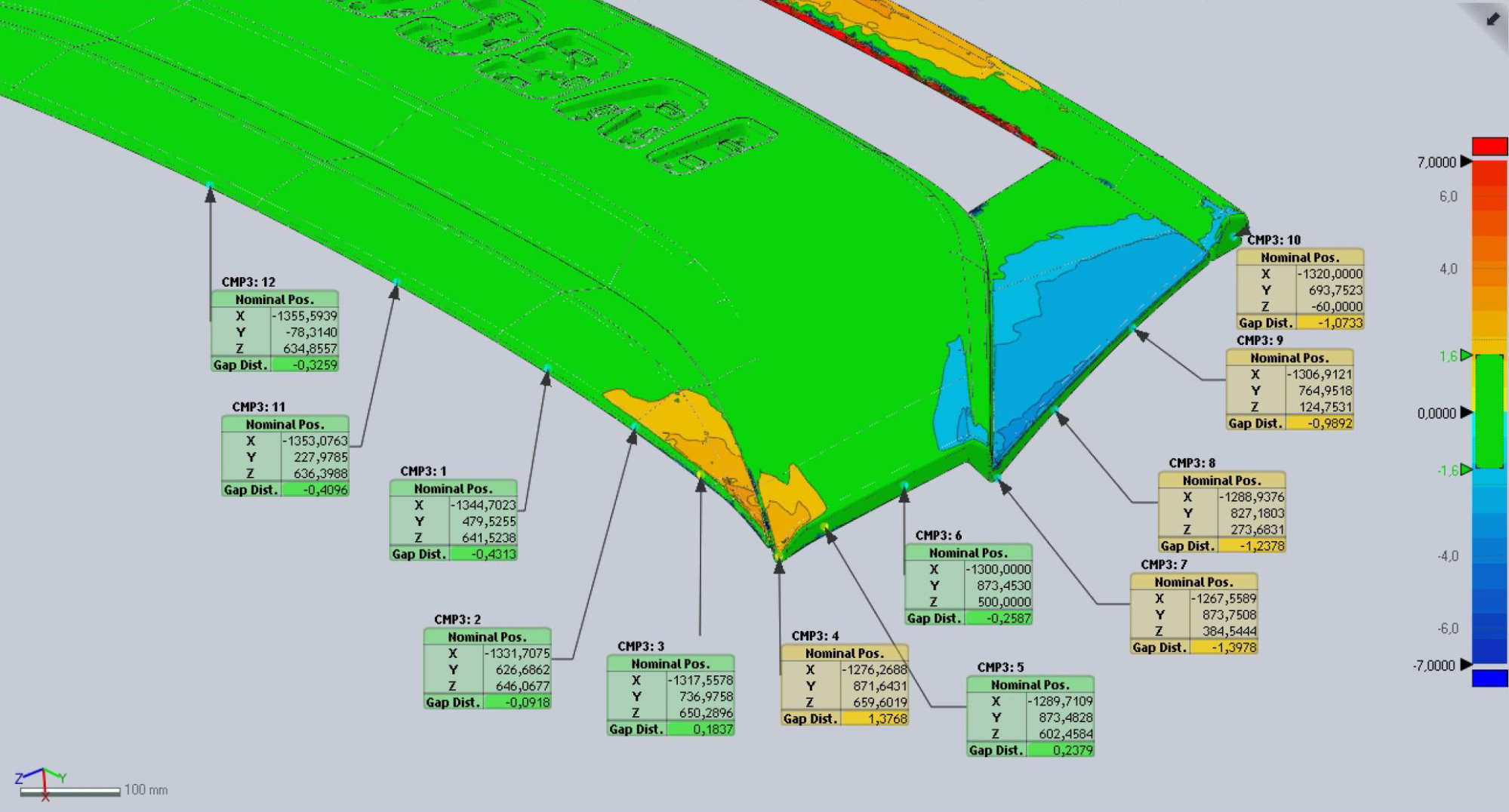 As a result of comparison of model generated from scans and the initial CAD file compliances with tolerances were revealed.

Using RangeVision Standard+, the company was able to cut the time expenses for control of a single part by more than 60%, to speed up the process of passing the parts into production state and to prevent the parts from entering the manufacturing cycle if their surfaces do not comply with the tolerances.