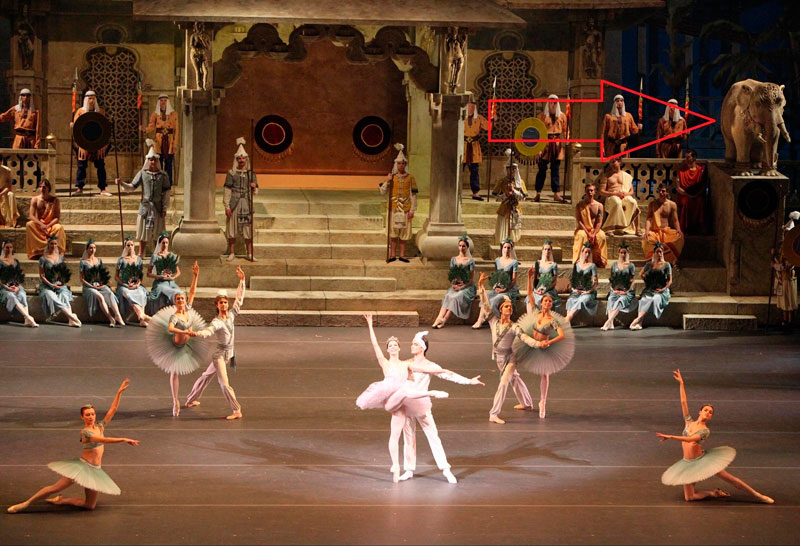 3d scanning technologies penetrate even deeper into different spheres of our life. So, scenic designers of the Bolshoi theatre in Moscow often resort to a 3d scanner for creation of unique scene decorations.

This is how the giant elephant for  the production of ‘La Bayadère’ (en. The Temple Dancer) ballet came into being in the Bolshoi’s own workshops.

Whether you like it or not, the process starts with an idea of a sculptor who creates a statuette (about 7 cm in height) of the would-be giant out of clay. 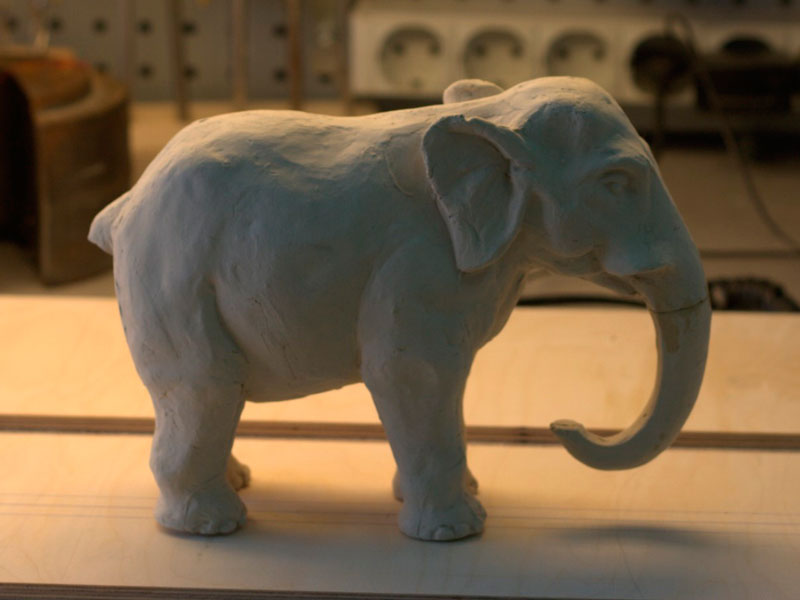 Right after that 3d scanner RangeVision Smart comes into play. 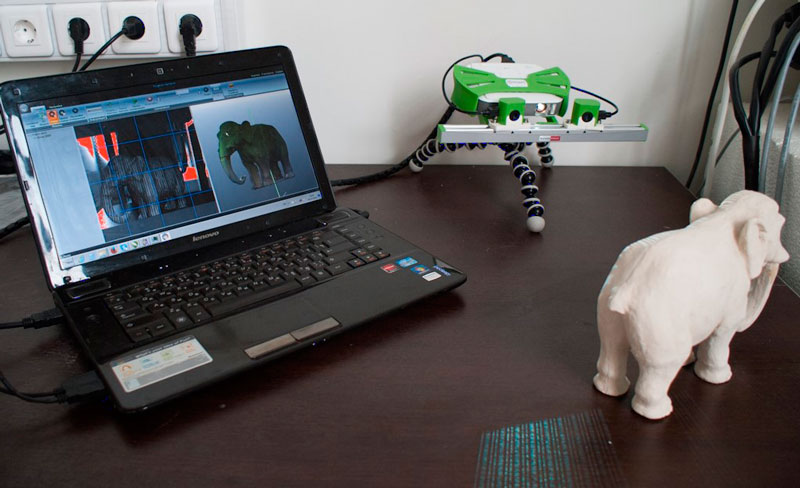 Scene decorator of the Bolshoi theatre Ivan Petrov comments: “Scanning takes about 6 minutes and as a result we get an accurate and highly detailed 3D model in colour. Such model can be stored for years, you don’t need any space for it, which is important, when you have limited storage facilities. What’s more, unlike clay or other materials, it is resistant to negative effects of atmosphere and time.” 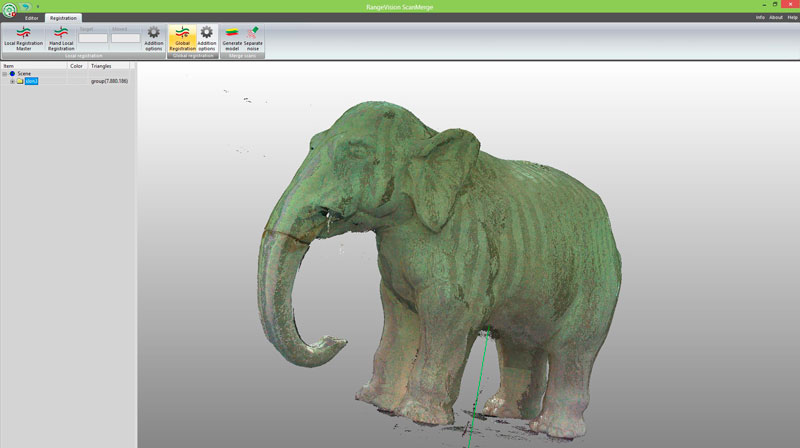 The 3D model is then scaled and modified as needed in the CAD/CAM software. In such a way, the use of a 3d scanner makes the whole process much more economical, significantly reducing labor costs and fabrication time.

The next step of the elephant construction is foam carving. Being cheap, durable and light, foam is becoming the number one choice for production of 3D stage props. 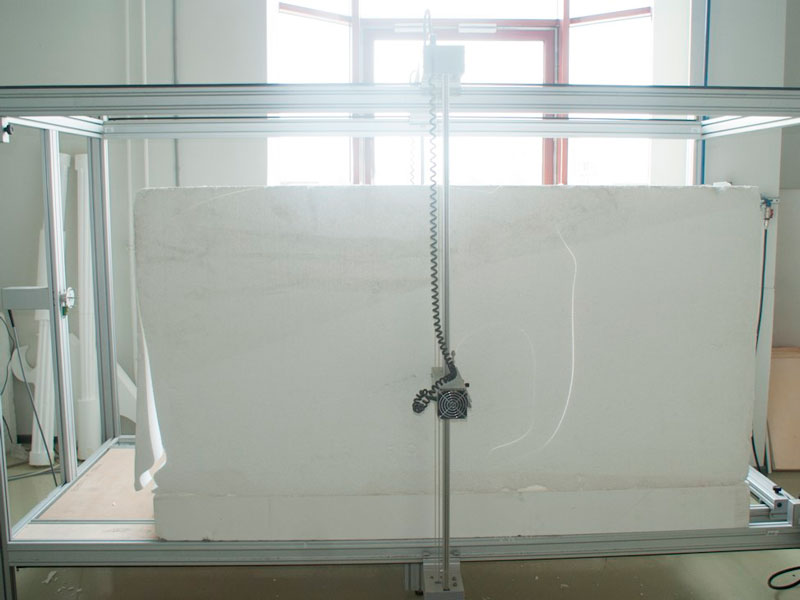 Basing on a 3D model, a CNC foam carving machine makes a replica of the clay elephant statuette multiplied 20 times. 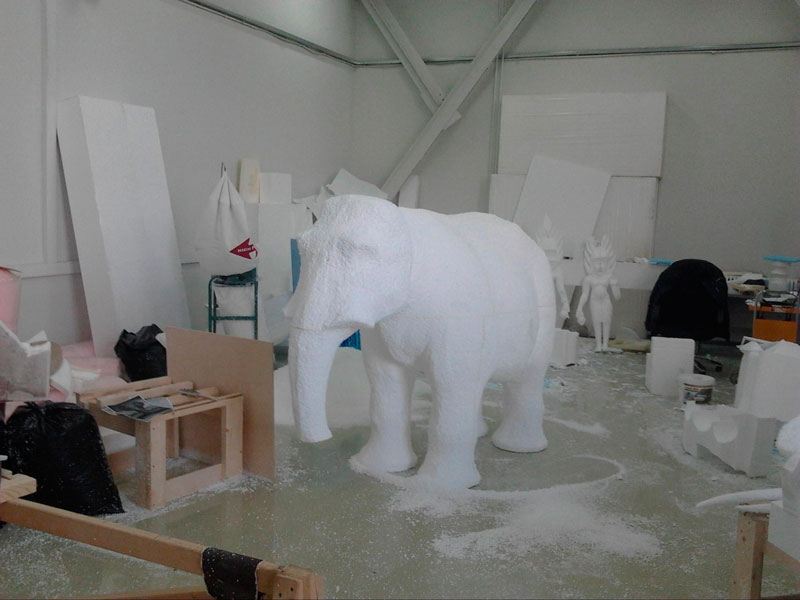 The foam elephant prop is then covered with special coating which forms an indestructible protective barrier. 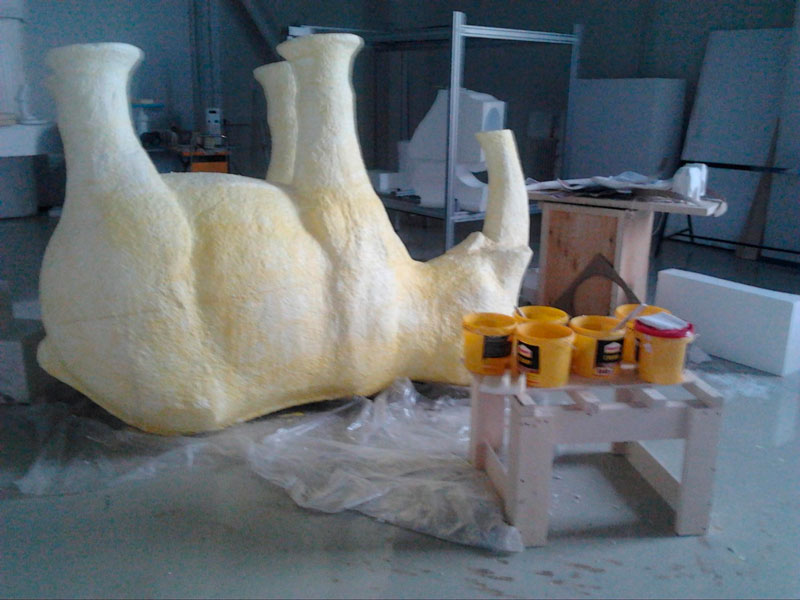 Tusks are painted and adjusted to the giant’s head. 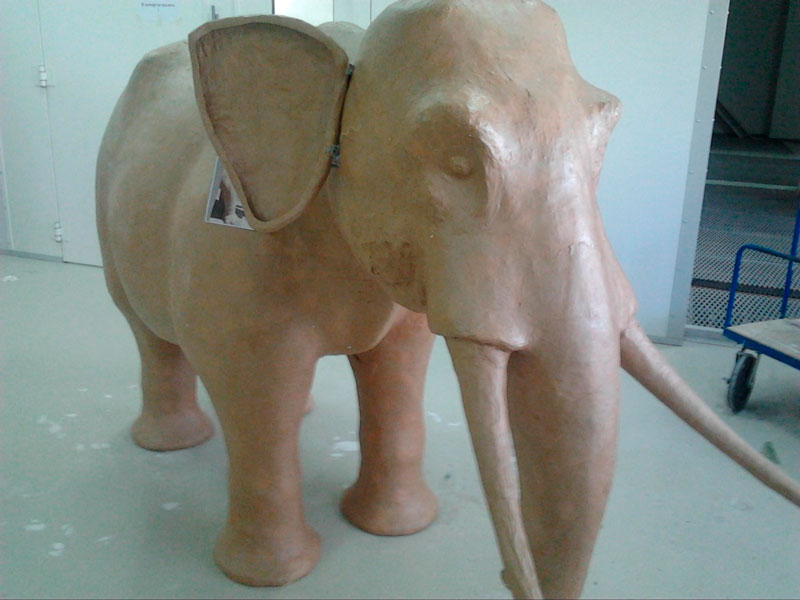 For our elephant to look more stunning and fit into the general idea of the production, it is decorated in the oriental style. 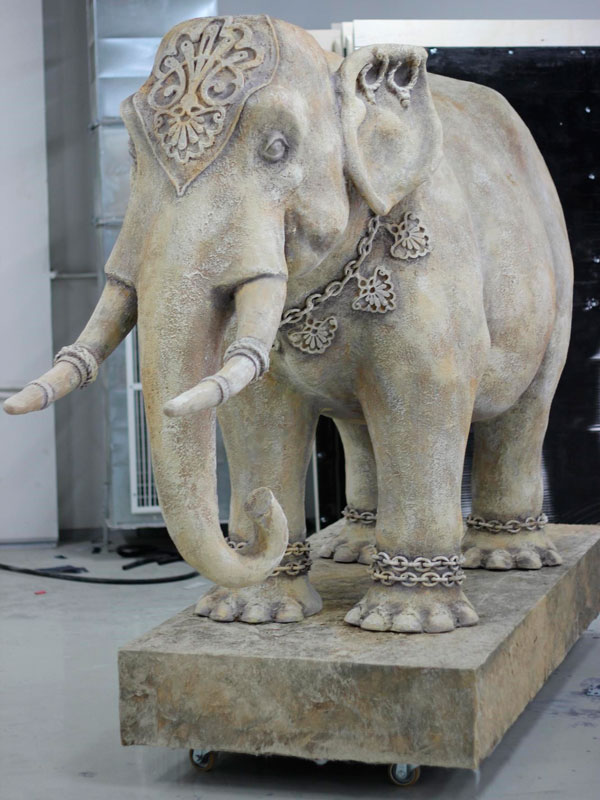 Now when our giant hero is ready, it is transported right to the backstage, where it is put onto the base. It is going to star on the stage of the Bolshoi theatre throughout the whole season. 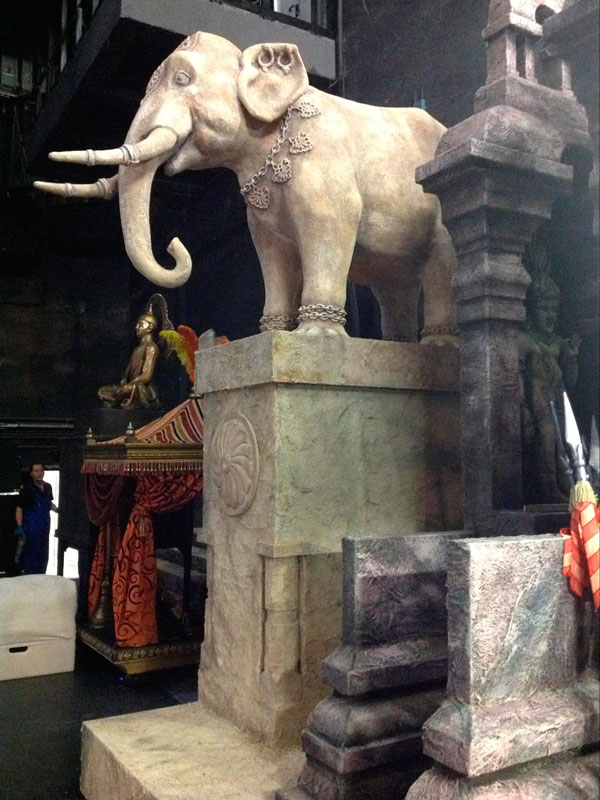