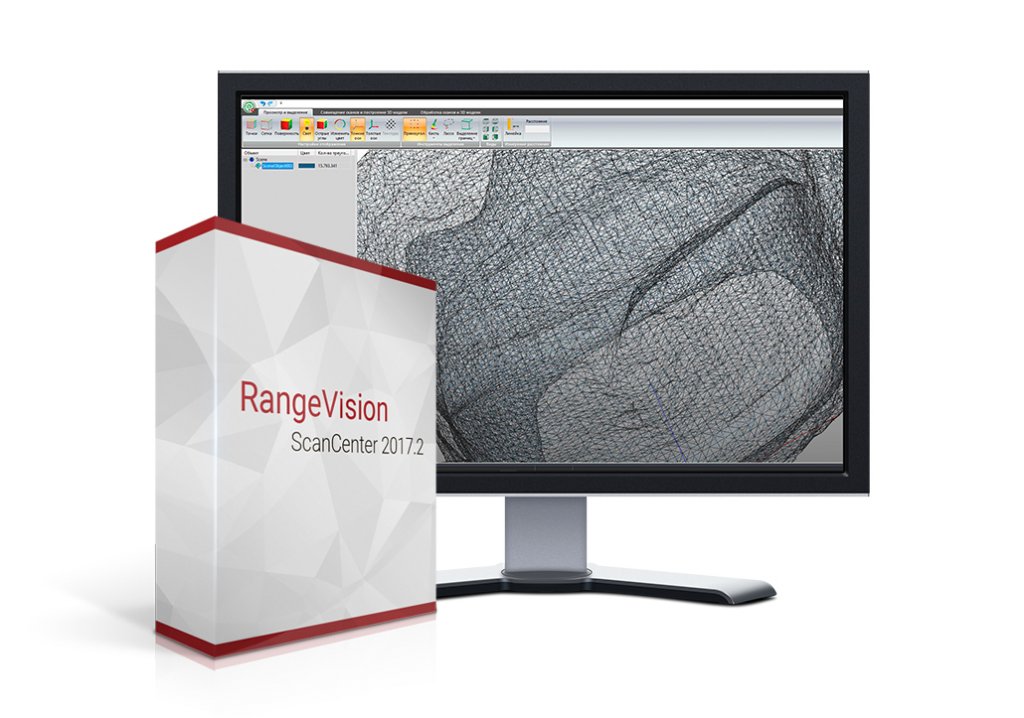 The company is pleased to announce the release 2017.2 of the programs ScanCenter and ScanMerge. This version is marked not only by new features, but also by increased speed of processing. Confidentially, in 2018 RangeVision’s 3D scanning and processing tool will provide a more user-friendly interface due to another software development concept. It should be reminded that the latest software updates are free for RangeVision 3D scanner owners.

Below is the list of new features and the most notable improvements..

The classical undo/redo mechanism is provided in ScanMerge 2017.2: browsing the history of operations is possible through Undo and Redo buttons or keyboard shortcuts. Furthermore, the new version of the program allows the user to cancel the most time-consuming operations not only already performed but also being performed. Another new feature is the so called MeshFix unit which is aimed to repair 3D models with a variety of defects such as singularities, self-intersections, degenerate elements and other geometric or topological flaws. A new 3D surface construction algorithm avoids any hole filling and forms a surface in strict accordance with the raw data from 3D scans.

Besides speeding up of a project loading, 3D scan visibility flag changing and configuration files saving are now 100 times faster than earlier.

A new internal binary format RV3D has been created in order to provide a faster way to load and save 3D scans and 3D models, when compared with the X format. Apart from STL, OBJ, PLY, WRL and ASCII, the new version of ScanMerge can export 3D models in the PTX format.