Spectrum. Picking up the right color for a new 3D scanner. 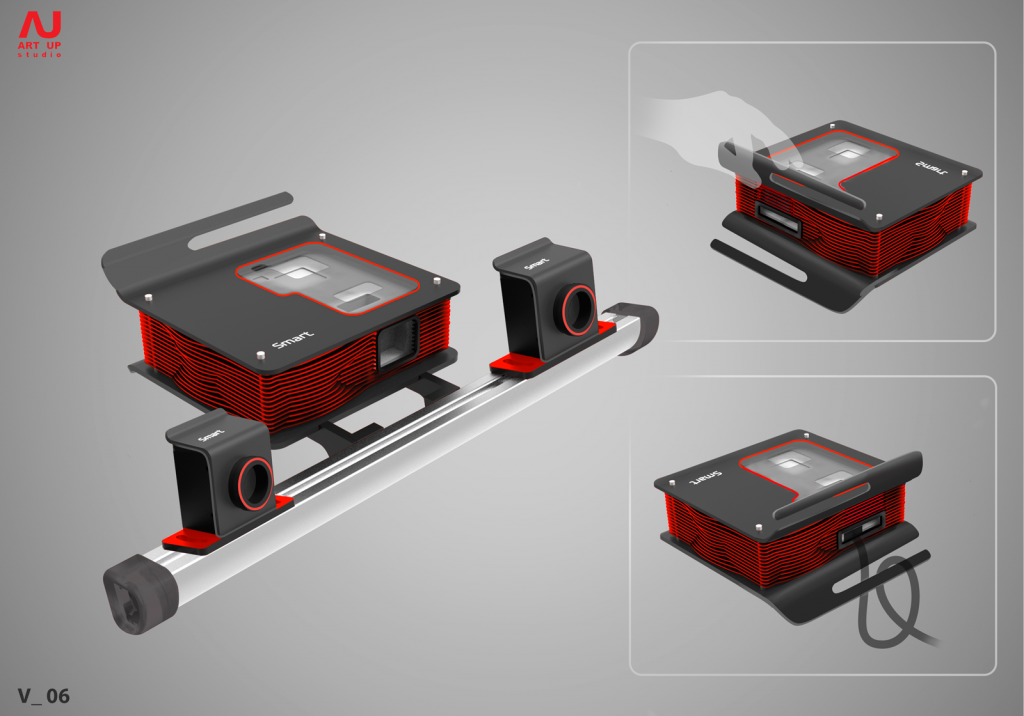 Development of a new 3D scanner is not only about choosing the right concept and proper components for the future product that will be brought to life by engineering idea and a program code. It is also about its design. While working on our new 3D scanner Spectrum we focused on its functionality and usability as well as its appearance.
The conceptual design for it was developed by our partners, the industrial design studio “Art-Up”. Keeping in mind the requirements of production we modified the design-concept and got the prototype of a new 3D scanner. 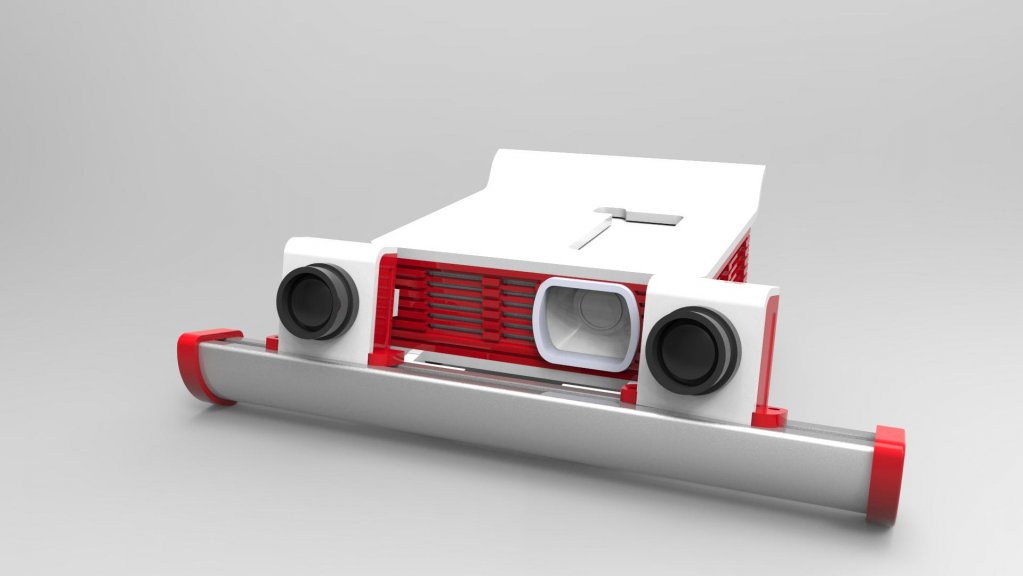 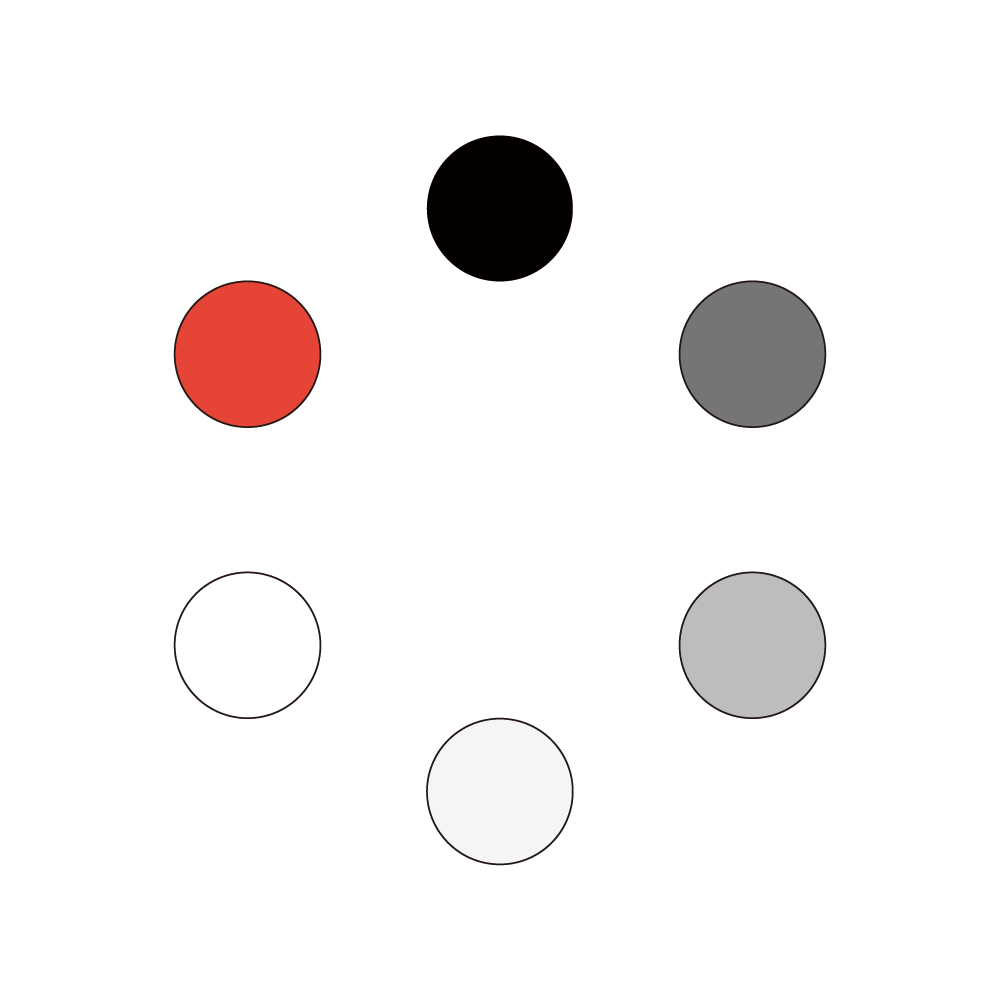 Next step was to pick a color for Spectrum. We decided to use RangeVision corporate colors - black, red and white, along with shades of gray. There should be not more than three colours in the design of the 3D scanner body. We considered alternative options of greyscale design as well. 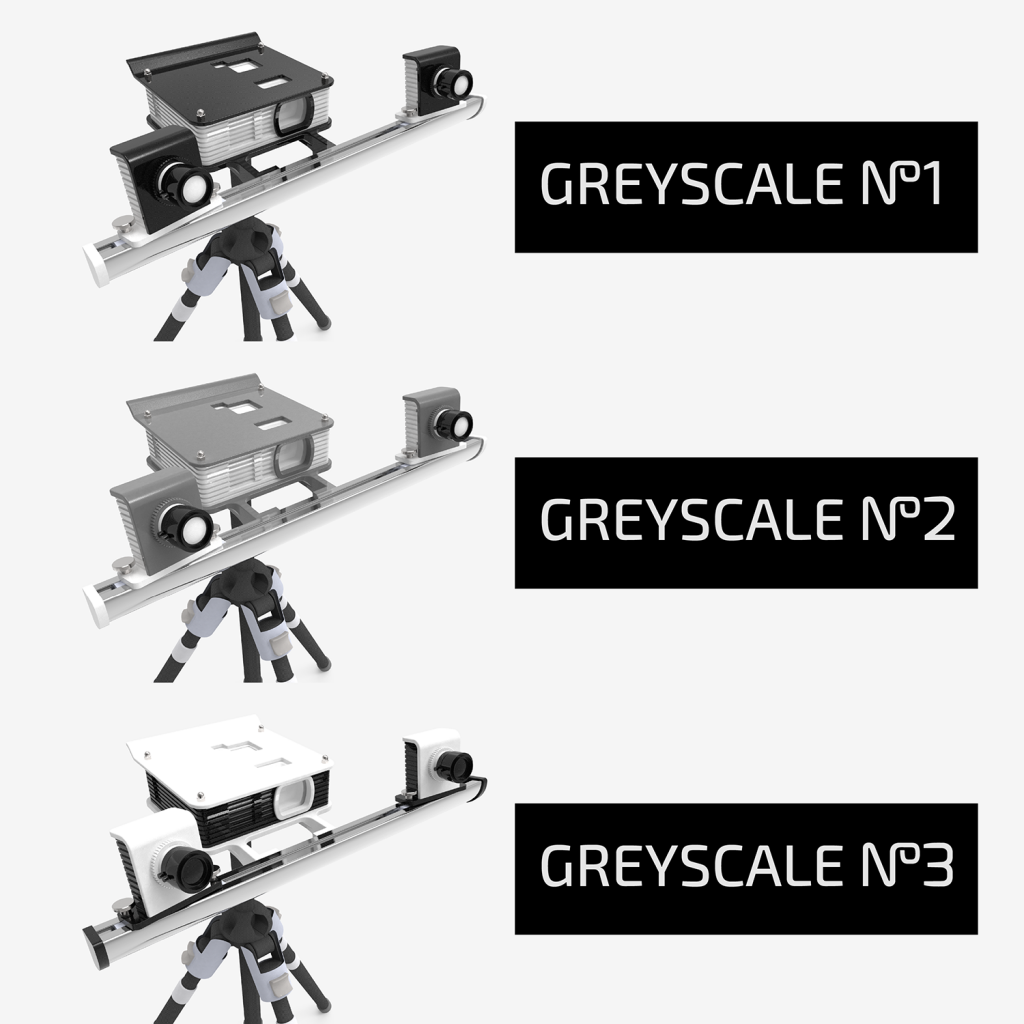 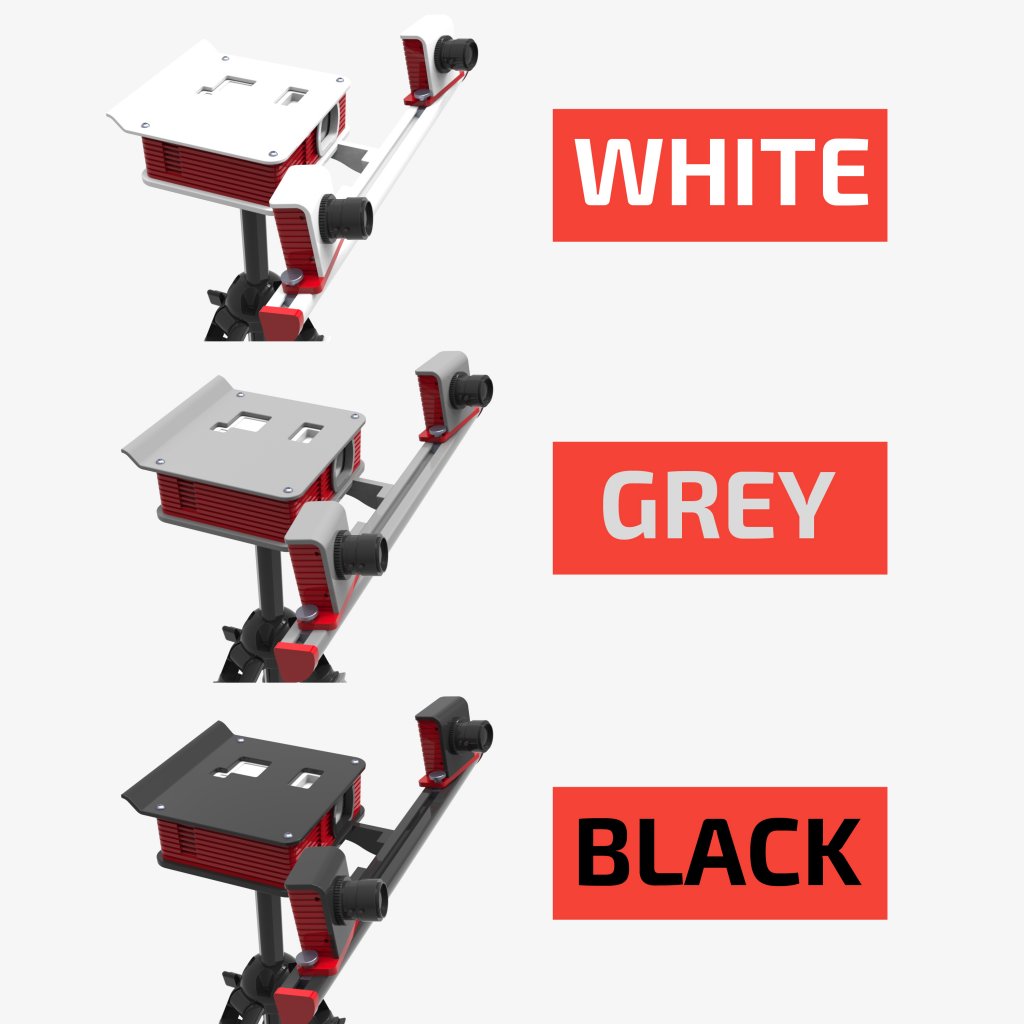 Two color combinations reached the final: black&red and white&grey. Yet all members of the development team realized that the real product will differ from a nice picture on a PC screen. For housing parts we use a two-component polyurethane, close by its physical characteristics to the ABS plastic. Due to the impact resistance, abrasion and heat resistance it is an ideal material for the housing of a 3D scanner. So, the answer to the question "What color should our new scanner be?" had to be found on practice. 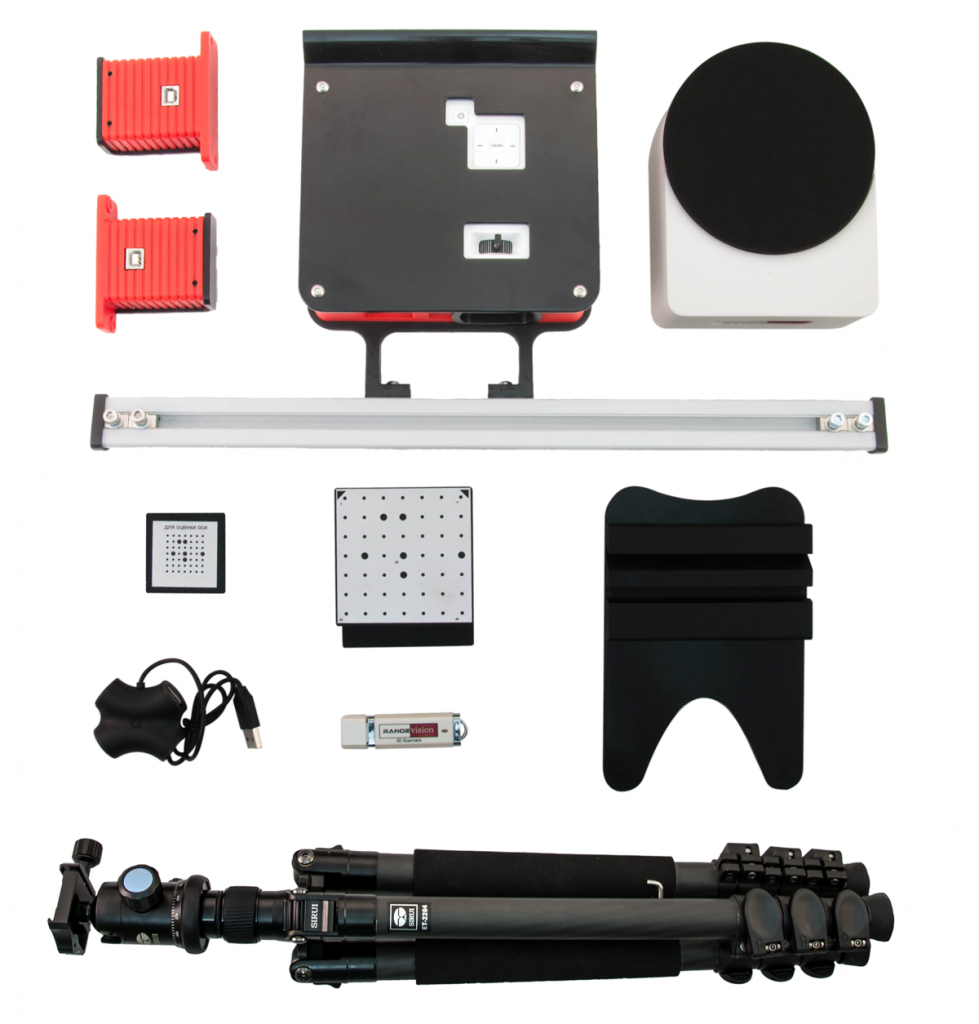 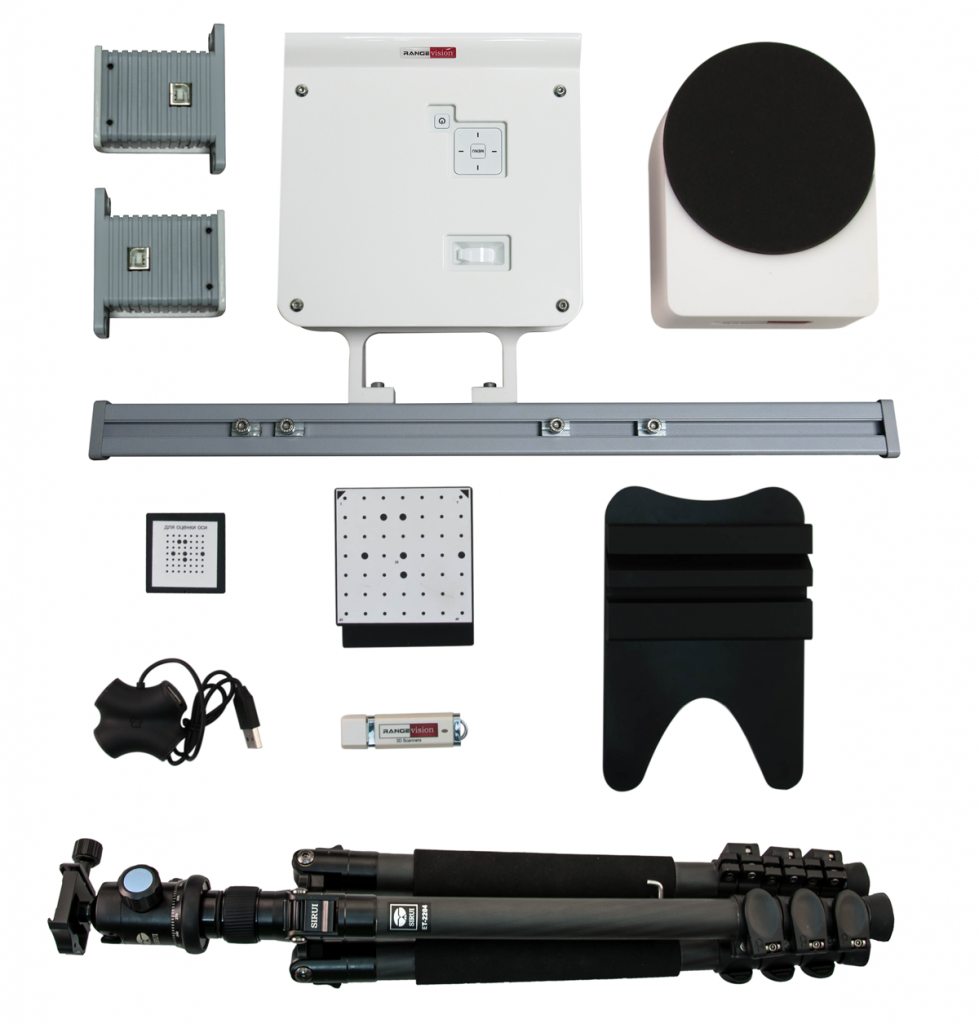 The first batch of Spectrum 3D scanners was produced both in black&red and in white&gray design. The first who got their hands on Spectrum were our engineers who precisely tested the scanners. They pointed a better combination of colors of the control elements, accessories and body parts of the white version.While being operated, a white&grey 3D scanner appeared to be more user-friendly than its opponent: white glossy surface was less getting dirty and fingerprints were not seen on it. Furthermore, light colors made the 3D scanner operators calm and inspired.Having collected suggestions of all RangeVision team and opinions of our partners, we made a final choice: white&grey color fits Spectrum 3D scanner better.

Meet a new Spectrum 3D scanner in a new color! 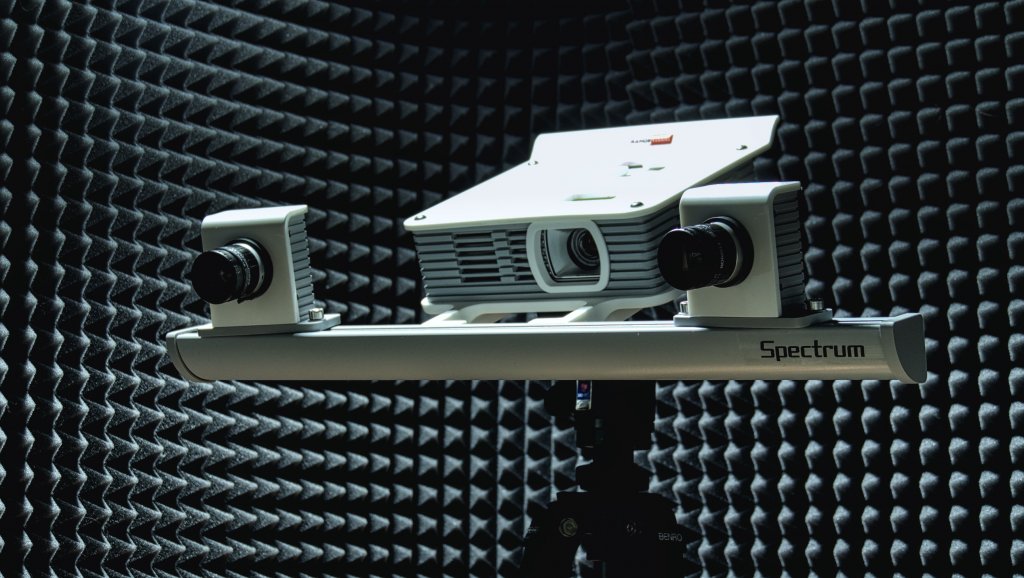