E-book
Interested to see RangeVision 3D scanner in action? Apply for an online demonstration!
Interested in RangeVision scanners? You can leave us your contacts and we will send you a commercial offer.

RangeVision NEO is a reliable and easy-to-use entry-level 3D scanner. NEO allows obtaining detailed colour 3D models and supports scanning modes with automatic alignment of fragments by markers, on a turntable and by object geometry.
The package includes everything you need to start 3D scanning and quickly obtain high-quality 3D models: an automatic turntable, a tripod, ScanCenter NG software and a protective case for storing and transporting all scanner elements. NEO connects to a computer via a USB 3.0 port, does not require an external power supply, has 2MP colour cameras and weighs just 1 kg.

Digitize objects in automatic mode or use all the capabilities of the professional ScanCenter NG software. It is suitable for both beginners and experts in 3D scanning. 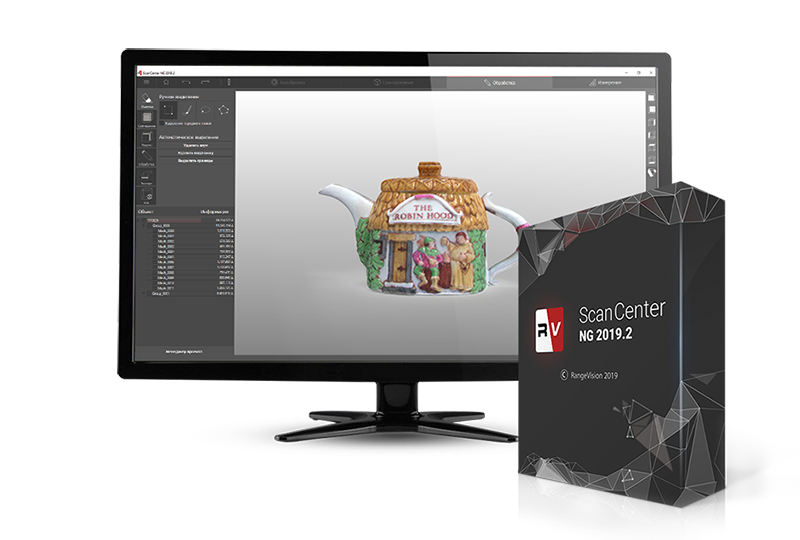 ScanCenter NG software is not tied to a specific computer, and comes with an unlimited license in terms of time and functionality. All software updates are absolutely free for RangeVision NEO users. To use the most current version of ScanCenter NG, there is no need to uninstall the old version of the program - if you have access to the Network, updates from the RangeVision server will be downloaded and installed automatically.

Where can I buy?

By clicking on the link you will find information on where to buy RangeVision products worldwide.
View on map

Use cases and video reviews